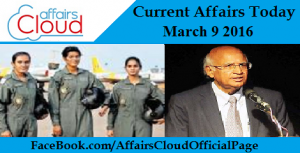 Gujarat tops the list of states with most investment potential

Gujarat government has topped the list of states with most investment potential that has been according to the survey from New Delhi based think tank National Council of Applied Economic Research (NACER).

Karnataka Government led by Chief Minister Siddaramaiah launched Mukhyamantri Santwana Harish Yojana for free treatment to accident victims for the first 48 hours in the nearest hospital be it Government or Private Hospital.

In Order to propel the Wind Energy Potential in India, Union government will soon unveil a policy to give incentives including an interest discount of 0.25 % for increasing capacity of Wind mills of up to 1MW.

India to Deploy Women Pilots In Fighter Plane by June

As a part of women empowerment the announcement came from Air force on International Women’s day celebrations that India’s air force will induct its first female fighter pilots in June. 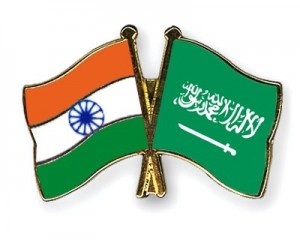 Women have actively involved themselves in various works across the world yet the gender inequality in terms of income and work quality still remains unchanged in the past 20 years. This was revealed in the International Labour Organization’s Report.

YES Bank started its All Women Branch in Bengaluru 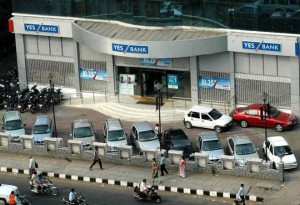 As a part of the International Women’s day celebrations various Banks announced schemes related to women. YES Bank also joined this list by starting its first All women operated branch in Bengaluru.

The Reserve Bank of India will now share its FDI details with the Intelligence Bureau and Research and Analysis Wing to prevent the entry of Black money into the country.

Mumbai based Reserve Bank of India has signed a pact with Bank of Israel for Information Exchange and Banking supervision. 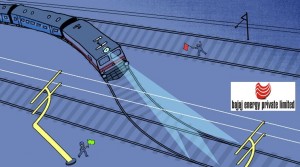 The President, Shri Pranab Mukherjee presented Stree Shakti Puraskars and Nari Shakti Puraskars for the year 2015 at a function organized on the International Women’s Day in Rashtrapati Bhawan, New Delhi. 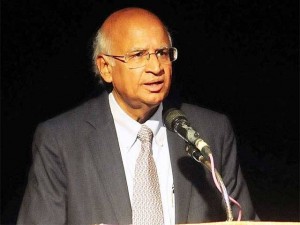 Ramadorai has retired from the BSE Chairman and Karnataka’s former Chief Secretary Sudhakar Rao will replace the former.

A 1984- batch IAS officer Shakuntala Doley Gamlin has been appointed as Chief Secretary of Arunachal Pradesh .she replacing Ramesh Negi.

Iran has test fired several ballistic missiles in silos across the country as part of a military exercise.

Five health care ATMs have come up in four states

Five Healthcare ATMs have come up in four states that dispense Medicines based on a prescription unless they refer the patient to a doctor.

With the rise in global emissions the Global Warming could be aggravated. In turn the climate changes can affect the people worldwide. A recent study shows that it is likely to cause 500,000 deaths by 2050.