Kachabali village in Rajsamand district of Rajasthan, has become the first in state to vote in support of closing down the only liquor shop in the village.

Mumbai to get its first Arbitration Centre

The financial capital of India is likely to get the International Arbitration Centre. This will be the India’s first arbitration centre for dealing the financial disputes.

The Union government has been constantly taking efforts in reducing the paperwork and it motivates the single window system that makes the obtaining of approvals easier and faster. One such effort is the unified building bye laws proposed by the central government in Delhi. 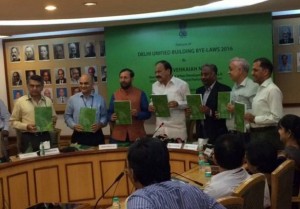 National anthem made mandatory in UP primary schools

Ebola threat comes to an end in West Africa 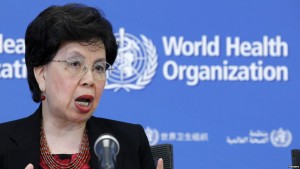 Ebola– the viral disease that had been haunting the African Nations and their neighbours for more than a year has been declared no longer a medical emergency. WHO has declared the Ebola outbreak to be no longer a global threat as the disease is under control and necessary measures are available to treat the epidemic.

France operation ‘Sangaris’ comes to an end in CAR

France will end its three year long military operation ‘Sangaris’ in Central African Republic which came into force in 2013 following a communal violence.

The market regulator SEBI has raised the FPI (Foreign Portfolio Investors) investment limit in government securities to 1,40,000 crore from April,4. This will help in attracting more foreign inflow into the nation.

Japan has been providing support to India both financially and technically when it comes to the development of Infrastructure. It has now committed a loan worth 242.2 billion yen for the various infrastructure projects in India.

Faustin-Archange Touadera sworn in as President of Central Africa

Faustin-Archange Touadera was sworn in as the president of the Central African Republic in the main stadium at Bangui.

JitendraJagota Has Appointed As the Chairman of IDSA

Self-regulatory body for the direct selling industry in India named JitendraJagota as the new Chairman in its new Executive Committee at the General Body Meeting held in New Delhi. Mr.Jagota will succeed RajatBanerj.

Wipro appoints Patrick Dupuis as its Board member

The IT Major Wipro has announced the appointment of Patrick Dupuis as its new independent board member.

Russia has approved a deal of ONGC Videsh Ltd (OVL) to acquire 15% stake in Vankor oilfield from Rosneft, The deal size of 1.3 billion US dollars’was signed between the OVL and Rosneft in September 2015.

ONGC Videsh Limited is the international subsidiary of ONGC. It currently has 14 projects across 16 countries. ONGC is India’s largest oil and gas exploration and production company.

Mumbai based drug Major Sun Pharma has entered into the Japanese medicine market by buying 14 established brands from Novartis and Novartis Pharma AG in Japan for $293 million.

A Major achievement and progress in the field of Astronomy, the Aryabhatta Research Institute for Observational Sciences abbreviated as ARIES the first optical telescope is set to be inaugurated by PM Modi in Nainital.

Union Minister of Health and Family Welfare JP Nadda has launched two major Digital initiatives to provide easy access to health services to the public to strengthen the public health systems and providing user-friendly health services. The Services as follows,

Sand-eating tadpoles has been discovered by scientists from the Various Universities in the Western Ghats.These species named Micrixalidae belongs to the so-called Indian Dancing Frog family.