Faustin-Archange Touadera was sworn in as the president of the Central African Republic in the main stadium at Bangui. 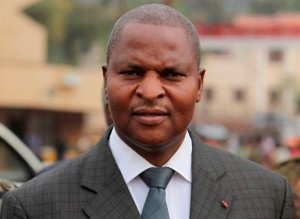