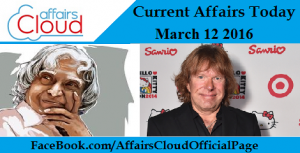 The bill enabling Aadhaar card to be mandatory to avail the subsidies and schemes of the Government has been passed in the Lok Sabha.

IMF and India to establish SAARTAC

In a move to further strengthen the economic operations of the Nation, the Union government led by PM Modi has joined hands with IMF to establish a Regional cooperation centre in the Country’s capital.

India to supply Locomotives to Myanmar

Seven states have already joined the UDAY(Ujwal Discom Assurance Yojana) scheme which is an initiative to clear the debts of the state run power distribution companies.

The NITI Aayog as a part of International Women’s Day launched the Women Transforming India initiative in partnership with the UN in India and MyGov.

The Kakrapar atomic power plant Located in Gujaratconsists of two units of pressurized heavy water reactors of 220 MW each.

EIU Ranked Mumbai and Bangalore among Cheapest cities to live

Mumbai and Bangalore are among the cheapest cities in the world, according to a top London forecast group (EIU).

Employees to get incentive for 1 year from EPFO

The Employee Provident Fund Organisation as a part of seeding the UAN number with KYC has announced an incentive for the employees who register between January and December 2016.

State Owned BSNL mulling to offer video-on-demand services to their 2 crore customers across India. We will implement this MoU to cover the entire nation within next six months. Under this MoUTata Sky will offer its VoD service free for the first month to download content worth up to Rs 500.

The President is pleased to appoint Shri Justice Ajit Singh, Judge of the Rajasthan High Court,to be the Chief Justice of the Gauhati High Court

Chief of the Army’s Northern Command, Lt Gen N P S Hira has been appointed as Deputy Chief of Army Staff and would assume office on March 14. 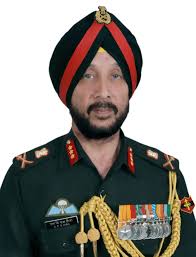 The important cause of pollution especially land and water pollution is the non -bio degradable Plastics. The most important bio discovery of the century has come with the discovery of bacteria that can decompose Plastics

Railways launched mobile app called Clean My Coach for all long-distance trains in which you can ask for your coach or toilet to be cleaned by putting a request on the app.

In the mobile operating system share Android is the leader with staggering 52.57% in the world. 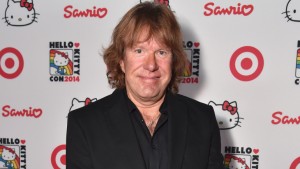 LegendaryMusician Keith Emerson, Lakeand Palmer keyboardist who turned the instrument into every bit the powerful and cool rock weapon as the guitar, has died in his residence in California US