Kasaragod district of Kerala has been declared as the second zero landless district, after Kannur.

AIM: To Advice on policy issues to make the Country’s transport sector modern efficient and transparent manner, and pledged to strengthen the sector.

“IBSAMAR” is a joint naval exercise between India, Brazil and South Africa, this will be the fifth edition of the Harbor Phase of the Exercise to commence from Goa Coast. This is done in two phases namely Harbor phase and Sea Phase.

AIM:  To increase the interoperability among three navies as well as common understanding maritime security between the navies.

A Few environment activists under the leadership of Deepak Naik– chairperson of Maharashtra state Economic development council have formed a committee in Nashik to revive Godavari. 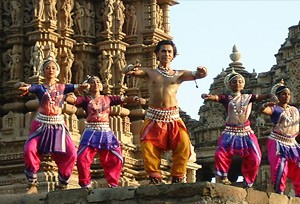 Syria which has been continuously under coverage because of its internal warfare and outraged terrorist activities is again in flashlight following an agreement by US and Russia to ceasefire in Syria. This New deal came as a joint statement from US and Russia. However this ceasefire excludes Islamic state, al-Nusra Front and the other deemed terrorist groups.

On Tuesday (February 23), Pakistan parliament became the first of its kind to run entirely on solar power. It was inaugurated by Pakistan Prime minister Nawaz Sharif.

David Cameron led United Kingdom has been granted “Special Status” in the 28 Nation union. The UK Leader pledged to campaign heart and soul to stay in EU.

Srei ram will invest 2000 crores for India Vision Fund which will buy the stressed assets, loans & properties of corporate, NBFC’S and companies which can be revived through proper plans.

India-The Major importer of Arms in the world

A Report released by the SIPIR (Stockholm International Peace Research Institute) clearly places India in the topmost position of Arms import in the world between 2011-2015. India’s imports account for 14% of the world’s total imports.

Ricoh India, a subsidiary of Ricoh group, Japan has got an order worth Rs.344 Crores from Kerala State Electronics Development Corporation to supply hardware for Government schools in Odisha.

The title of Sportsperson of the Year has been conferred upon long-distance runner Lalita Babar for the India Sports Awards 2015.

Tamilian movie “Kanavu Variyam” to get Remi Award at WorldFest

Kanavu Variyam, a Tamil movie directed by a Chennai based techie Arun Chidambaram has been selected for the prestigious Remi Award in the US.

Ri Myong Su has been appointed to head the Korean People’s Army general staff after his predecessor Ri Yong –gil exclusion from the post, rumors circulated that he has been executed.

Udai Kumar appointed as the fulltime MD & CEO of MSEI

The Metropolitan Securities Exchange of India Limited appointed Udai Kumar as its MD & CEO on a permanent basis after the approval came from SEBI.

Facts to be known

Justice Vineet Saran has been appointed as Chief Justice of Orissa High Court by the President of India Pranab Mukherjee .The new Chief justice will take oath on February 26. 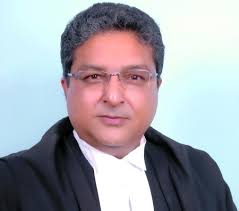 Having passed several deep sea diving drills as well as weapons launch tests over the past few months, and now it is ready for formal induction into the Naval Fleet.

Greenpeace analysis data taken by NASA satellites alarmed that the average particulate matters of population have increased in India overtaking China for the first time in 21st century.

The 36th edition of the Sait Nagjee Football Tournament was held at Kozhikode, Kerala. FC Dnipro Reserves of Ukraine had grabbed the tournament’s trophy by defeating Atletico Paranaense Reserves of Brazil.