Union Government to mobilise Rs. 10 crore investment under Ambitious Sagarmala Project, the mobilization includes 4 crore in the Infrastructure alone.This ambitious project is important as Maritime logistics is a key component in Indian Economy, Accounting 90 % Export– Import trade by Volume and 72% of Trade by Value.

Rajasthan Govt has inked 51 memorandums of understanding worth Rs 11,531.21 crore with various companies. These pacts are expected to generate direct employment to over 26,000 people in the sectors of industry, agriculture, urban development & housing (UDH), mining and tourism. 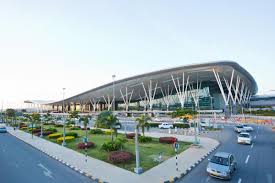 In a move to oppose the anti-terrorism bill being passed in the South Korean Parliament the opposition party spoke continuously for more than 115 hours making it the longest filibuster.

Union Government has acquired a staggering 1, 131 Kg of gold that 3014 crore under the Gold Monetisation Scheme.71 depositors were joined in the Scheme which aims to curb the black money and to bring out the gold of over 20, 000 tonnes neither traded nor monetized.

SEBI has given its nod to IDBI bank to raise capital of 3771 crores by issuing shares through Qualified Institutional Players.

State Bank of India got approval from its shareholders to raise capital of 15000 crores by public issue or overseas assurance of shares.

Times Internet enters into a strategic partnership with Investopedia.com to create a blend of local and international information, knowledge to grow the brand amongst the audience in India.

Vedanta Limited wins India’s first-ever auction of a gold mine to curb the overseas purchase of the metal that cost $36 billion last year in Chhattisgarh.

PM Modi sat again as the Most Powerful Indian

Dinesh Sharma designated as the Chairperson of Governing Council of IFAD, Rome

Additional Secretary of Department of Economic Affairs, Dinesh Sharma has been accredited as the Chairperson of the Governing Council of International Fund for Agriculture Development (IFAD), Rome. He is elected for a period of two years.

Banks Board Bureau all set to have its first Chairman VinodRai, the Prime Minister Narendra Modi approved the appointment.Former Controller of Audit General and Padma award winner will head the Body as its Chairman the other appointee’s namely

Ashwini Nangia has been appointed as Director of CSIR- National Chemical lab, Pune.

The National Chemical Laboratory established in 1950, is runs under Council of Scientific and Industrial Research, It is a well Known institute internationally for its excellence in scientific research in chemistry and chemical engineering.

Ajay Kumar Sharma accredited as the ambassador of Republic of Mauritania

Tsewang Namgyal accredited as the ambassador of republic of Haiti 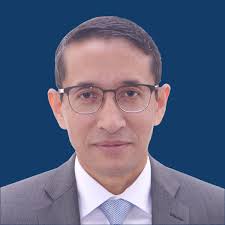 Param 8000 is India’s First Super Computer build in 1990 by Centre for Development of Advanced Computing.

After having decided to move up directly to Euro VI emission norms for petrol and diesel from April 1, 2020, the government has come out with draft rules on emission standards for various categories of vehicles. Government will sought suggestions or objections, if any, within a month.

BS norms are emission standards decided by the government to regulate the amount of air pollutants from vehicles. They were adopted in line with European regulation standard ‘Euro norms’ in 2000. 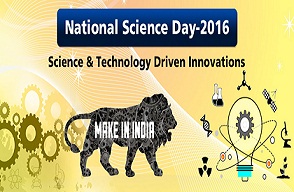 National Science day is celebrated on February 28, every year to commemorate the discovery of Raman Effect by Sir C.V.Raman in 1928.National council for science technology and communication asked the government to designate February 28 as science day in 1986.Since then this day has been celebrated in every school, college, science organizations all over India.