A few banks assume systemic importance due to their size, cross-jurisdictional activities, complexity, lack of substitutability and interconnectedness. These banks are ‘Too Big To Fail (TBTF)’. Too Big To Fail means that if the banks fail due to any reason, there failure will cause significant disruption to the essential services provided by the banking system and in turn will have a significant impact on the economy of the country too. These banks are known as Systemically Important Banks (SIBs) as there continued functioning is very important to provide uninterrupted services of banking system to the economy. 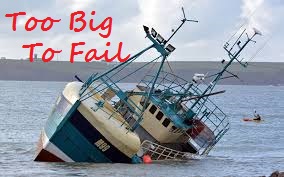 There are two types of SIBs:

Emergence of the idea of SIBs:

To identify the D-SIBs by RBI, a two-step process is followed:

Next step is Allocation of banks into buckets:

The names of the banks classified as D-SIBs will be disclosed in the month of August every year starting from 2015.
In March 2019, the D-SIBs computed were: