On 29th February 2016, Finance Minister Arun Jaitley presented his third Union Budget for 2016-17 citing the acceleration of GDP growth to 7.6%. CPI inflation has come down to 5.4%.

Punjab Government ban the sale of Army uniform in the state

Punjab government imposed a ban on the sale of Army uniform in the state without proper identification. This announcement came following the Pathankot and Gurdaspur attacks in the state.

India and United States of America has  set up bilateral mechanism for sharing information for tracking movements of satellites, avoiding collisions and identifying potential threads to space and ground assets.

The NDB which is likely to begin its operations in 2 months has decided to fund for green projects initially, with India and China in the priority list. India is likely to receive loan for its solar project in April from the NDB.

Foreign Direct Investment into the country has increased by 40 % to $ 29.44 billion in April- December in the current fiscal against $ 21. 04 billion in the same period of previous fiscal.

A recent report released by the Swiss customs officials told that 42% of the illicit medicines supplied to Swiss are from India.

Aurobindo Pharma gets US FDA nod for anti-HIV tablets

Hyderabad based Aurobindo Pharmacy Company gets US FDA nod for ritonavir tablets used for treatment of Human Immunodeficiency virus(HIV) infection.

The 88th Academy Awards ceremony was held at Dolby Theatre in Hollywood, Los Angeles. It was presented by Academy of Motion Picture Arts and Sciences (AMPAS) in 24 categories.

The 44 year old Oscar winner Resul pookutty made India proud by adding one more laurel of winning  the Global Reel Award for his sound design work in the film ‘India’s Daughter’.

Odisha CM, Naveen patnaik has been elected as the president of Biju Janata Dhal for the seventh consecutive time.

Rozle Prezelj was elected as the new chairman of the International Association of Athletics Federations Athletes Commission.

Sixth Doppler radar to be commissioned in Eastern coast

Twitter has launched a campaign for women called #position of strength to strengthen women’s role in the society also to eliminate discrimination against them.

Swiss tennis great Stan Wawrinka ranked no 4 defeated Marcos Baghdatis of Cypriotto claim Dubai ATP title of 2016, this is Second title after having won in Chennai this January 2016. 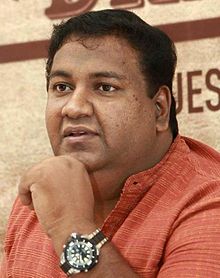 Legendary Actor – comedian Kumarimuthu died at private hospital in Chennai.He was 77.He is known for his comic laugh.