On 29th February 2016, Finance Minister Arun Jaitley presented his third Union Budget for 2016-17 citing the acceleration of GDP growth to 7.6%. CPI inflation has come down to 5.4%. 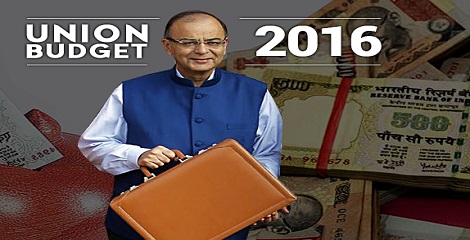 Under the Article 112 of the Constitution of India, Union Budget is aka Annual financial statement. Every year it is presented on the last working day of February by the Finance Minister of India in Parliament. The budget is presented by means of the Financial bill and Appropriation bill which has to be passed by the houses.

Govt will reorganize agricultural policy to double farmer income in five years. Here is the allocation:

Other Proposals under Irrigation

Below Poverty Line (BPL) Families – Rs 2000 crore allocated for 5 years
Government is launching a new initiative to provide cooking gas to BPL families with state support. LPG connections to be provided under the name of women members of family.

Governance and Ease of Doing Business

“Ek Bharat Shreshtha Bharat” Programme
It will be launched to link States and Districts in an annual programme that connects people through exchanges in areas of language, trade, culture, travel and tourism.