The title of Sportsperson of the Year has been conferred upon long-distance runner Lalita Babar for the India Sports Awards 2015. 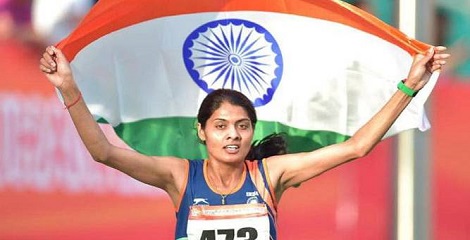 
About Lalita Babar
1989 born Lalita Babar is an Indian long-distance runner who competes in the 3000 metres steeplechase and is the current Indian national record holder in the same event.

At the 2015 World Championships in Beijing, she became first Indian woman to qualify for the steeplechase final and stood 8th.