Third phase of Gyan sangam to focus on consolidation of banks

The government told that it has started the second edition of Gyan sangam and in the third phase of Gyan sangam it has planned to focus on Consolidation of banks.

Union Minister Dharmendra Pradhan laid out the foundation stone for Octomax unit in the oil refinery at Mathura.

The Sex ratio in Gujarat has fallen significantly from 920 in 2001 to 919 in 2011.It is a fall against the overall 10 points increase in the average of sex ratio of the Nation. 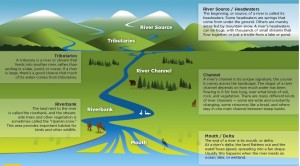 The proposed route is targeted to operationalize by December 2016. Inland Waterways Authority of India runs under Ministry of Shipping.

Axis bank better placed than ICICI and other PSU Banks

Nomura reports reveal that Axis bank is better placed than ICICI and other public sector bank in terms of corporate book profitability.

Bad Loans in the Public Sector Banks have been a pressing issue for the growth of the economy and in an attempt to address the problem; the Government may look into merging the twenty seven PSBs into just six.

Well known Dogri Writer and Poetess, Padma Sachdev has been awarded the 2015 Krutitava Smagra Samman. She is being honoured for her outstanding contribution to Dogri Literatureand services to the Dogri Language.

Dengue, one of the most deadly diseases caused by mosquitoes, estimated to risk almost 50 per cent of the global population has finally found an enemy- A herbal drug claimed to be developed by Indian Scientists.

The project was undertaken jointly by:

Researchers have discovered a new snake species in the Western Ghats in Kolhapur and Sindhudurg districts. It is a burrowing snake of the Melanophidium genus and belongs to the Uropeltidae family of snakes. 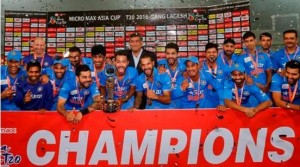 Indian Team Chased down Bangladesh’s 120/5 in 13.5 overs to win the Asia Cup for the sixth time, the match took place was a miracle , given the amount of rain that lashed Dhaka 90 minutes before start of play.

A few inventions have become integrated with our daily lives in such a way that we just cannot think of doing away with them. Those times have gone when we used to wait for letters for days to hear from our loved ones or receive an appointment letter for a job!

Nancy Davis Reagan, the veteran American actress and the former First lady of US died at the age of 94 following a cardiac arrest.