These Schemes will be implemented by Energy Efficiency Services Limited under Power ministry.

During the two-day long National Summit on Family Planning in New Delhi Union Health Minister P. Nadda launched the new revamped logo for the family planning media awareness campaign, which if properly implemented, can be a key strategy to reduce maternal and child mortality and morbidities.

Cabinet clears pact with Sweden for cooperation in rail sector

Union Cabinet chaired by Prime Minister Narendra Modi approved a Memorandum of Understanding signed between India and Sweden for technical cooperation in the rail sector. However the MoU signed by the two sides in February.

The world record for manned passenger trains is held by the Japanese L0 Series, having achieved 603 km/h on a 42.8 km magnetic-levitation track in 2015.

Union Cabinet has given its approval to replace the existing policy on crude oil import by Oil PSUs. These companies are authorised to go forward to their own policies for import of crude oil, consistent with the Central Vigilance Commission guidelines and get them approved by the respective boards.

The Minister of State for Petroleum & Natural Gas Dharmendra Pradhan dedicated 36 new CNG stations located in Delhi and NCR to the public. 30 out of these stations have been installed by Indraprastha Gas Limited (IGL).

Promulgation of the Andaman and Nicobar Islands Anatomy Regulation, 2016

Union Cabinet has given its approval for promulgation of the Andaman and Nicobar Islands Anatomy Regulation, 2016

216 Districts across several States including Bihar, Gujarat, Assam, Madhya Pradesh, Maharashtra and Uttar Pradesh will be covered in this phase.

Establishment of First Horticulture University in Haryana at Karnal 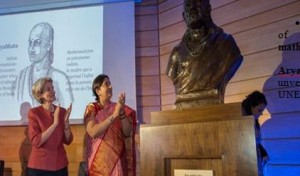 A bronze bust of ancient Indian mathematician and astronomer Aryabhatta has been unveiled at the UNESCO by the HRD Minister Smriti Irani in an international conference on the zero in Paris, France.

In accordance with the report released by Stockholm International Peace Research Institute (SIPRI), India has been ranked at 6th Position in the 2015 report on Trends in world military expenditure.

As per the recommendations of the Fourteenth Finance Commission (FFC), Union cabinet has consented the fiscal deficit target of 3% of gross state domestic product (GSDP) for states for the 2015-20 period.

The Cabinet Committee on Economic Affairs (CCEA) has given its stamp of approval for the proposal of ATC Asia Pacific Pte Ltd, Singapore to acquire 51% shareholding in Viom Networks Ltd by method of transfer from existing shareholders.

Global Growth will come to 8 percent this year, lower than a previous forecast of 3.9 percent, the World Trade Organization forecast.

The World Trade Organization is an intergovernmental organization which regulates international trade. 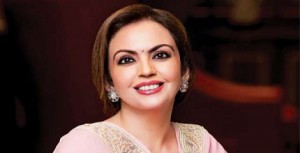 Debraj Pradhan appointed as the next Ambassador of India to Norway

C.P. Gurnani appointed as Chairman of National Association of Software and Services Companies (NASSCOM) for 2016-2017.He will replace B V R Mohan Reddy, who served as Chairman of  for 2015-16.

Sigurdur Ingi Johannsson, Iceland’s Minister of Agriculture and Fisheries and the deputy leader of the center-right Progressive Party named as the country’s new Prime Minster, after former leader David Gunnlaugsson stepped down in the wake of the leaked Panama Papers.

Science and Technology and Earth Sciences Minister, Dr. Harsh Vardhan launched the Low Cost and Environment-friendly solar lighting device, Surya Jothi the device has been developed under the aegis of the Science& Technology Department.

India won the Asian Nations Cup chess team championship defeating Vietnam with a convincing 3-1 margin in the final round in Abu Dhabi. This was the third time that Indian men won the event. 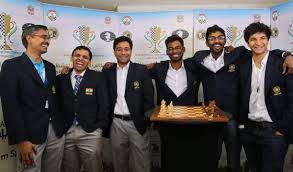 World Health Day is marked at this time every year to celebrate the founding of the World Health Organization, the world’s leading health organisation, on 7 April 1948.