(i)   5 Crore workers would be covered under the scheme

The Chief Minister Naveen Patnaik announced Odisha Skill Development Authority, Which will become operational from May 1.

(i)   The programme will be headed by IT entrepreneur Subroto Bagchi.

(iii) The programme head will be accorded the rank of a Cabinet Minister in the state and draw a salary of only Re 1 a year for his service.

(i)   The court observed that giving priority to reserved categories over general classes in promotions is not justice. 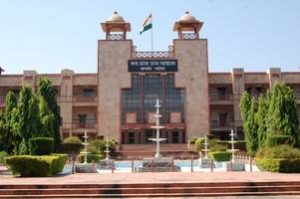 (ii)  The order affects above 30,000 employees and officers with possible repercussions in other states.

(iii) The division bench chaired by Chief Justice AM Khan wilkar set aside promotions under the 2002 Madhya Pradesh Public Service Rules that reserve 16% posts for scheduled castes and 20% for scheduled tribes in elevations saying they violated Supreme Court guidelines.

Three sites in the state have been declared World Heritage Sites by UNESCO
1. Khajuraho Group of Monuments(1986) including Devi Jagadambi temple,
2. Rewa,Buddhist Monuments at Sanchi(1989)
3. Rock Shelters of Bhimbetka (2003).

MoU signed for setting up of IIT in Jammu

Jammu and Kashmir government has signed a MoU with Delhi IIT to establish Indian Institute of Technology in the Jammu & Kashmir. Regular classes will commence from the current session in the temporary campus

(ii)  The state government is committed for setting up IIT Jammu with highest standards in a par with other IITs in the country.

(iii)  Around 625 acres of land has been sanctioned at Jagti in Nagrota for the purpose of setting up an IIT Jammu.

Union government has launched an initiative named MICE which is based on meetings, incentives, conferences and exhibitions for the upgradation of tourism sector in India. The tourism Minister Makesh Sharma in the Lok Shaba during question hour.

(i)  Tourism Ministry allocated funds to the States and Union Territories’ administrations to develop tourism-related infrastructure.

(i)  The move intended to create 21,000 jobs by 2025 and give women a critical role to play in a way that serves the objectives of the nation and to build a knowledge economy with societal and international partnerships.

(ii)  World largest oil major Saudi Aramco as the strategic advisor and anchor of this initiative.

(iii) The move also facilities and infrastructure at the park set in Riyadh, as well as training and employing up to 21,000 Saudi women.

Paytm ties up with Wipro for payments bank

Mobile payments major Paytm has joined hands with Bengaluru based IT major Wipro Ltd to create the requisite technology infrastructure for its payment bank Which is said to start its operations soon.

(i)  This tie up is to implement the core banking solution for Paytm and also programme managing the integration of other key systems like the anti-money laundering solution and the regulatory reporting solution. 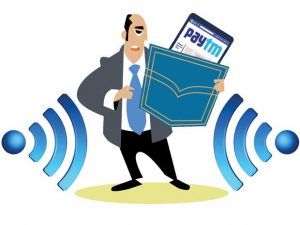 (ii) The IT major Wipro will service to Paytm in interface its existing systems with the core banking solution.

Mumbai based Zone Startups to launch empoWer to support women entrepreneurs who are building technology ventures. Zone Startups India is supported by Department of Science and Technology.

(i) This is the six-week Programme and will be a first-of-its-kind. It is an international footprint of the Ryerson University and the BSE Institute of BSE

(ii) As part of the accelerator programme and various bootcamps, workshops, demo days hosted by us, we realised the need for a focused programme that works with women entrepreneurs in tech businesses.

Chennai based Apollo Hospitals has signed a MoU with William Osler Health System aims to positively impact the health and wellness of the patients they serve.

(i) Under this iniative scientists at the two organisations will begin by identifying areas of cooperation, collaboration and innovation, particularly around the range of diseases like diabetes, cardiovas 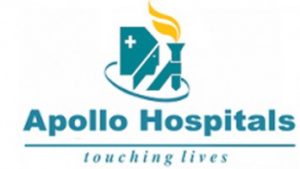 cular diseases and cancer.
(ii) As Part of this move both sides will initiate a pilot project to enhance the continuity of care for patients with complex needs travelling between India and the Greater Toronto Area (GTA) in Canada for extended periods of time.

Three eminent Indian Born scientists listed in the fifty scientists elected as Fellows of the Royal Society, a premier scientific academy of the U.K and the Commonwealth.

(i)  Prior to his new appointment he was a director with the deal advisory division at KPMG consultancy.

(ii) Dilip will assist Locon with company’s strategy and oversee new business initiatives such as transaction facilitation and fulfillment services.

Rohit Sharma became the Brand Ambassador of world famous Swiss luxury watch maker Hublot. The Mumbai batsman is the second cricketer who have been assigned for the role.

(i)   Earlier renowned cricketer after former Australian captain Michael Clarke have been associated with the brand.
(ii)  He will be seen 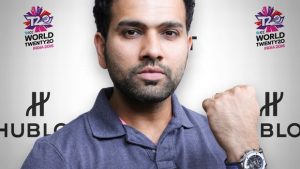 promoting the Hublot’s signature Classic Fusion Aerofusion Chronograph edition in the upcoming days.
(iii) The Swiss Watch company observed a lot of common between the Brand and Rohit Sharma as he combines traditional batting technique with entertainment.

Scientists from University of Georgia in the U.S. and the Federal University of Rio de Janeiro have discovered a new reef system at the mouth of the Amazon River

(i)  The study observed that a massive coral reef that stretches for some 600 miles.

(ii) The reef system extents over 3,600-square miles along the ocean floor, stretching from French Guiana to Brazil’s Maranhao

(iii) As large rivers getting vacant into the world’s oceans in areas known as plumes they create gaps in the reef distribution along the tropical shelves that makes finding a reef in the Amazon plume. Scientists carried out an expedition to study the Amazon River plume looked for evidence of a reef system along the continental shelf.

Mercedes driver Nico Rosberg of Germany controlled the Russian Grand Prix to take top position in his fourth consecutive victory in a row this season.

(i) The British man started 10th after an engine issues in qualifying but after repairs he drove an exceptional race to limit the damage to his title hopes.

(ii) In the contest Hamilton now lag behind by 43 points in second, with Raikkonen a further 14 points adrift in third spot.

Former Bharatiya Jana Sangh (BJS) President Balraj Madhok died at age 96, after being ill for above a month. 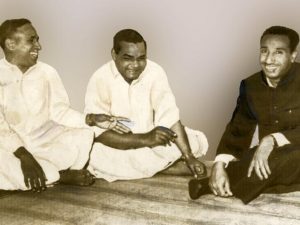 (ii) Madhok was also a founder of the Akhil Bharatiya VidyarthiParishad (ABVP), He was Initially associated with the PrajaParishad Party in Jammu, Madhok joined hands with others to form the Jana Sangh.

No Time to Pause – book by Pavithra Ramesh

Pavithra Ramesh released her debut novel named No Time to Pause, which is the story about a girl who, for want of privacy and independence goes to college in a different city.

(i)  Pavithra did her schooling in Dubai, her journalist-father was employed with a leading newspaper. She is from Chennai.

(ii) She is a graduate from Mount Carmel College in Bengaluru, she also has been an excellent academic performer emerging as the second topper in Commerce Stream in her CBSE Board exam.