Three eminent Indian Born scientists listed in the fifty scientists elected as Fellows of the Royal Society, a premier scientific academy of the U.K and the Commonwealth. 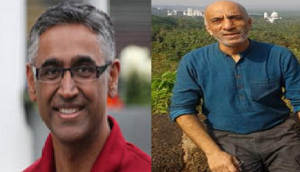 Currently in Indian Institute of Science and went on leave to work on two major fields.

On receiving the recognition, the scientist expressed that he was delighted and share the recognition to the co-workers. He was very proud that Indian groups had been leaders in that area.

Work on active matter in fluids

Scientist stated that using general physical properties they framed the equations and predicted the nature of flows and fluctuations in active particle systems on a wide range of scales.

Failures of proteins to reach their correct cellular destination could lead to neurodegeneration, which cells avoid by targeting the proteins.

Established in 1660
Field:  Contributions in the fields of mathematics, engineering science and medical science
Fellows elected: About 8,000

No of persons of Indian origin: About 60

Mission: To recognise, promote, and support excellence in science and to encourage the development and use of science for the benefit of humanity.