Investment: Rs. 132 Crore for the implementation 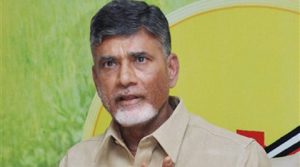 The Chief Minister insisted officials to conduct inventory and enroll all the eligible workers under the scheme.