Union cabinet chaired by the Prime Minister decided to allow States to impose and enforce stock limits on sugar to verify its market price rise. 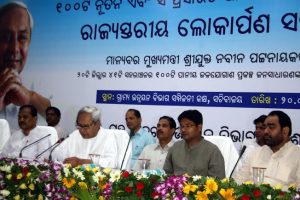 Northeastern states Manipur, Nagaland and Arunachal Pradesh to implement the National Food Security Act, this scheme empowers 87 per cent of the priority households in the state population.

Maharashtra government has pledged to increase the punishment for chain snatching up to 5 years of rigorous imprisonment along with a fine of Rs 25,000.

Mumbai is a financial capital of India, India’s first train in India ran between Mumbai and Thane in 1853.

96 Anti Doping Rule violation cases registered by India– Out of which, 2 each in Athletics and wrestling & 56 men and 23 women whose failed in competition tests  and 13 were out-of-competition

All the Banks mandated to report to the central government within two days any information on NGOs getting foreign funds.

MoU between Insurance Regulatory and Development Authority of India and the Insurance Authority,UAE

Union government has given its ex-post facto approval for the Memorandum of Understanding (MoU) that links Hyderabad based Insurance Regulatory and Development Authority of India (IRDAI) and the Insurance Authority of United Arab Emirates. 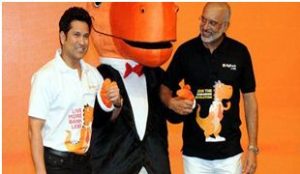 Japanese automobile maker Isuzu has opened its new factory at Sri City in Andhra Pradesh paving the way for a position in the Indian light commercial vehicle (LCV) and utility vehicle (UV) markets.

Union Government aims to make automobiles manufacturing the main driver of Make in India initiative as it expects passenger vehicles market to triple to 9.4 million units by 2026 as aimed in the Auto Mission Plan.

The Union Cabinet Chaired by the Prime Minister Narendra Modi approved an increase in investment in Bharat Oman Refineries (A Bharat Petroleum Corporation owned company) to a maximum of Rs 3,000 crore.

The company scale up a further 500 MW of wind capacity under development and construction in the states of Gujarat, Andhra Pradesh, Madhya Pradesh and Karnataka.

Features of the Council:

South Sudan’s rebel Chief Riek Machar made as Vice president of the Country.

Russia has launched its maiden rocket from a new cosmodrome after a technical malfunction let down the much anticipated event in a sign of continued crisis in the nation’s space industry.

China has launched a sounding rocket also called Research Rocket which is designed to conduct research take measurements and scientific experiments at Hainan Province in China.

ISRO developed PSLV-C33 is carrying India’s seventh navigation satellite IRNSS-1G which is blasted off from the Satish Dhawan Space Centre in Sriharikota. 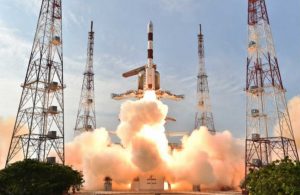 Click here to Read more : ISRO to launch 21 satellites in one shot

Taiwan Archaeologists have discovered a 4,800year old human fossil of a mother holding an infant child in her arms,Carbon dating was the method adopted to determine the ages of the fossils.

The International Cricket Council (ICC) has suspended the Cricket Association of Nepal (CAN) due to government intervention in the cricket board due to that a vacuum has been made in the cricket leadership.

Indian archer Deepika Kumari equals the world record in the woman’s recurve event at the Archery World Cup in Shanghai.

Cartoonist Toms Passes Away in Kerala 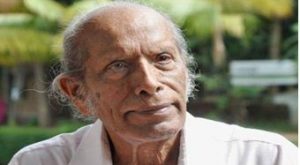 Eminent cartoonist Vadakkal Thoppil Thomas known as Toms has died at a private hospital in Kottayam due to age­related illnesses. He was 86.

World Day for Safety and Health at Work

World Day for Safety and Health at Work is observed worldwide on April 28 every year to promote a safe and healthy work environment for employees around the globe.