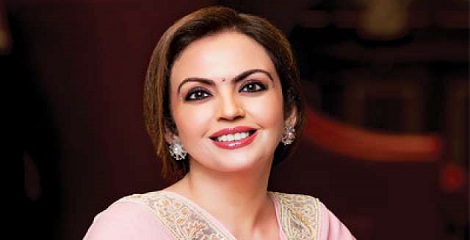 About Nita Ambani
1963 born is an Indian businesswoman, educationist, philanthropist and a sports enthusiast. She is a wife of industrialist Mukesh Ambani.