We are here for you to provide the important Recent and Latest Current Affairs September 24 2019, which have unique updates of Latest Current Affairs 2019 from all newspapers such as The Hindu, The Economic Times, PIB, Times of India, PTI, Indian Express, Business Standard and all Government official websites.

Overview of Mongolian President Battulga’s Visit to India
President of the Republic of Mongolia His Excellency Mr. KhaltmaagiinBattulga paid a visit to India from 19-23 September 2019.
i. The two nations signed 4 Memoranda of Understandings(MoU).
ii. Shri Modi and Battulga, jointly unveiled a statue of Lord Buddha and his two disciples, installed at the historic GandanTegchenling Monastery in Ulaanbaatar through video conference via remote
iii. On the request from Mongolia, India announced an additional 236 million dollars Line of Credit(LoC) for the ongoing Petrochemical Refinery Project of Mongolia……………………………….Click here to Read more

Union Minister Harsh Vardhan launched ‘UMMID’ initiative for new born babies and inaugurated NIDAN kendras in New Delhi
On September 23, 2019 the union minister of Science & Technology, Earth Sciences,Health and Family Welfare Dr. Harsh Vardhan launched ‘UMMID’(Unique Methods of Management and treatment of Inherited Disorders) initiative designed on the concept of “prevention is better than cure” to make efforts to tackle genetic diseases inherited by new born babies in New Delhi.
i. He also inaugurated ‘NIDAN’ (National Inherited Diseases Administration) Kendras, under the aegis of Department of Biotechnology (DBT), Ministry of Science and Technology.
ii. UMMID initiative will work under the National Health Policy, 2017 that aims to shift focus from “sick-care” to “wellness”. This initiative will be taken to other countries in its next phases………………..Click here to Read more

Malnutrition among children reduced by two-thirds in 27 years, but 68.2 % of children under five years are still malnourished in the country: Lancet Child & Adolescent Health
According to the report, “The burden of child and maternal malnutrition and trends in its indicators in the states of India: the Global Burden of Disease Study 1990–2017” published in a monthly journal of the Lancet Child & Adolescent Health by India State-Level Disease Burden Initiative Malnutrition Collaborators , two-thirds of the children below 5 years deaths in 2017 (706,000 out of 1.04 million) in India are still attributable to malnutrition.
i. However, the deaths caused by malnutrition have shown a much smaller decrease to 68.2% in 2017 from 70.4% in 1991.
ii. The report found a difference in malnutrition-related disability-adjusted life year (DALY) rate of up to seven times in different states. The top states witnessed death rates due to malnutrition are Rajasthan, Uttar Pradesh, Bihar and Assam, followed by Madhya Pradesh, Chhattisgarh, Odisha, Nagaland and Tripura…………………Click here to Read more

Govt hikes family pension for Central govt. employee dying within 7 years of service from 30 to 50 %
The government has hiked the family pension for the govt. employee who dies within 7 years of service. He/she will now avail the pension at 50% of the last pay drawn from previous 30% for a period of 10 years. This hike will come into effect from October 1, 2019 after the govt. amended Rule 54 of the Central Civil Services (Pension) Rules, 1972 recently.
Key points
i. The families of government servants who died before completion of service of seven years within 10 years before October 1, 2019, will also be eligible for family pension at enhanced rates.
ii. The benefit is available to all govt. servants including personnel of Central Armed Police Forces (CAPF).

UIDAI announces applying  for Aadhaar on arrival by NRIs without 182-day wait
On September 23, 2019 the Unique Identification Authority of India (UIDAI) announced that Non-resident Indians (NRIs) with valid Indian passport could apply for the Aadhaar on arrival, without the need to wait for 182-day period by scheduling a prior appointment. A valid Indian passport will be accepted as proof of identity, proof of address (PoA) and date of birth document.

Indo-US first tri-services exercise “Tiger Triumph” for 2019 to be held at Visakhapatnam and Kakinada in November
In November 2019, India and the United States(US) are set to host the first ever tri-services exercise codenamed “ExerciseTiger Triumph” at Visakhapatnam and Kakinada, both of state Andhra Pradesh. The plan for this exercise was discussed during the Final Planning Conference (FPC) for India-US Tri-Services Humanitarian Aid and Disaster Relief (HADR) which was held from September 16-20 at heaquarters of Eastern Naval Command, Visakhapatnam, Andhra Pradesh. 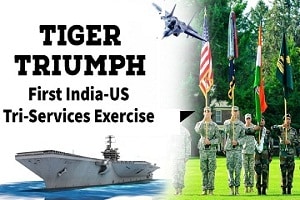 Key points
i. India held similar such tri-service exercise previously with Russia named “Indra” in 2017 in Vladivostok, Russia. The announcement for the ‘Tiger Triumph’ was made by US president Donald Trump during the ‘Howdy Modi!’ event in America.
ii. So far the two countries have conducted defence hardware trade around USD 18 billion over the last 10 years.

RBI bans PMC Bank, account holders will not be able to withdraw more than 1000 in a day
On September 23, 2019, The country’s central bank, Reserve Bank of India (RBI) has prohibited Punjab and Maharashtra Co-operative Bank Limited (PMC) on business transactions of any kind for the next 6 months following the detection of alleged irregularities. The RBI has taken this action under section 35A of the Banking Regulation Act, 1949. 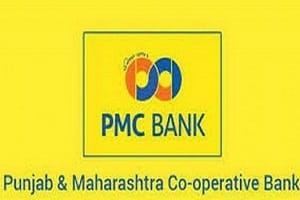 Key points:
i. Under this decree, no depositor can withdraw more than 1,000 thousand money from his savings account, current account or any other deposit account. Apart from this, the issuance of new loans of the bank has also been banned.
ii. As on March 2019, PMC Bank had business of Rs 20,000 crore consisting of Rs 11,617 crore deposits and Rs 8,383 crore advances.The bank will do business with restrictions till further notice or directions by RBI.
iii. The bank has 137 branches in 6 states including those in New Delhi. It had 3.76% gross non-performing assets (NPAs) and net 2.19 % NPAs as at the end of March 2019.
About PMC Bank:
♦ Formation:1983
♦ Headquarters: Mumbai, Maharashtra
♦ Chairman :S.Waryam Singh 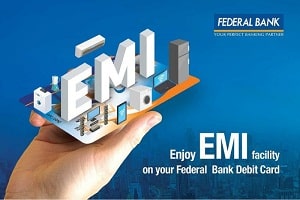 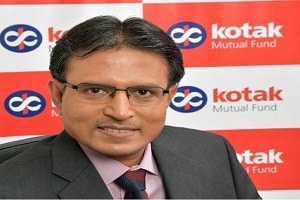 Key points:
i. He will replace Nimesh Shah, Managing Director and Chief Executive Officer, ICICI (Industrial Credit and Investment Corporation of India )Prudential AMC, who was appointed to the position in the year 2018.
ii. The AMFI board has also elected  Saurabh Nanavati, Chief Executive Officer, Invesco Mutual Fund as its new vice-chairman.
iii. Nilesh has over 25 years of experience in capital markets and market related investments.
iv. At present, there are 15 members in AMFI board of these 7 are from the top ten fund houses and 4 each from mid and small sized AMCs(asset management company).
About AMFI:
Founded: 1995
Headquarters: Mumbai, Maharashtra 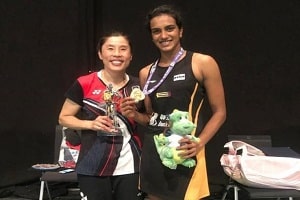 Key points:
i. Kim was signed by the Badminton Association of India (BAI) earlier in 2019. It was under his guidance that Sindhu won the gold medal at the World Championship 2019 in Basel, Switzerland.
ii. Kim was India’s third foreign coach who resigned before completing her term.
About BAI:
♦ Founded :1934
♦ Headquarters: New Delhi
♦ President: Himanta Biswa Sarma 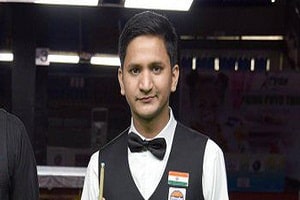 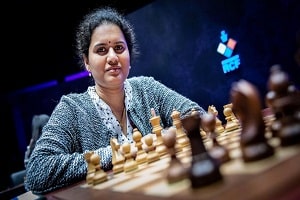 Key points:
i. The Fide Grand Prix 2019 is a series of four chess tournaments. The top 2 candidates from this series will qualify for the match which will decide who will be the World Champion Challenger in 2021.It was organized by World Chess, formerly known as Agon.
ii. The other 3 Grand Prix will be held in Monaco from December 2 – 15,2019 while the second Grand Prix will be held in Lausanne from March 1 -14,2020 while the third Grand Prix in Sardinia will be between May 2 -15, 2020.
The list of top six winners at Fide World Grand Prix 2019: 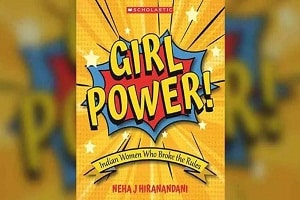 Key point:
Some of the women featured in the list were badminton player PV Sindhu, actress Priyanka Chopraa and real life heroines such as Subhasini Mistry, who won Padma Bhushan for healthcare,ChandroTomar, the octogenarian sharpshooter, popularly known as ‘Revolver Dadi’, queen Abbakka of Chowta dynasty etc. 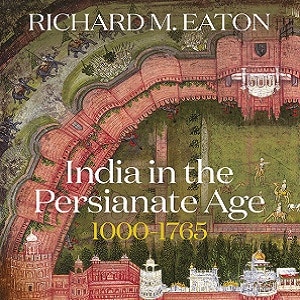 President inaugurates 6th India Water Week 2019 in New Delhi
On September 24, 2019, The President of India, Shri Ram Nath Kovind has inaugurated 6th India Water Week 2019 in New Delhi with the 2019 theme of “Water cooperation: Coping with 21st Century Challenges”.
i. In a bid to address the problem related to water, the Jal Shakti ministry  has come up with Jal Shakti Abhiyan, a campaign for water conservation and water security. It will focus on 256 water stressed districts and 1,592 water stressed blocks. The 5 key intervention areas under the campaign include water conservation and rainwater harvesting, renovation of traditional and other water bodies, reuse, bore well recharge structures, watershed development, and intensive afforestation…………………Click here to Read more