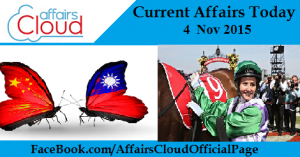 Maldives President Abdulla Yameen Abdul Gayoom announced an Emergency in the state for 30 days giving all  powers to security forces to arrest suspects prior to a major anti-government protest rally.

A joint march by the main opposition Maldivian Democratic Party (MDP), whose leader Mohamed Nasheed is in prison after broadly criticised conviction (explosion aboard the president’s boat that authorities have called an assassination attempt) under anti-terror laws.

Tropical Cyclone Chapala has slammed into Yemen and causing heavy flooding and damage in coastal region of the war afflicted country. The cyclone landed in the south eastern area of Hadramawt and Shabwa along the Gulf of Aden coast of Yemen in Arabian Sea bringing furious winds approx of 100 kms per hour.

Taiwan and China to hold historic meet for the first time 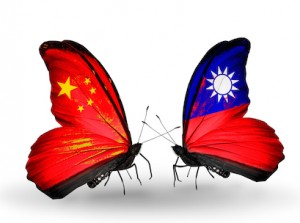 Taiwan’s President Ma Ying-jeou will meet his Chinese counterpart Xi Jinping in Singapore on relations across the Taiwan Straits. China claims sovereignty over Taiwan and views the island as a breakaway province which will one day be reunited with the mainland.

China’s top legislature ratified the  $100 bn Asian Infrastructure Investment Bank (AIIB) agreement which establishes the legal framework for the bank.Lawmakers voted on the agreement at the closing meeting of the bimonthly session of the National People’s Congress (NPC) Standing Committee.

The 60-article agreement outlines the financial shares of each founding member as well as rules for policymaking, governance structure, and business and operational systems.

J K Garg has been named as the MD of Corporation Bank.

Mahesh Kumar Jain has been elevated as the MD and CEO for three years from the date of taking charge or till the date of his superannuation or till further orders, whichever is earliest.

Repco Home Finance the housing finance division of Repco Bank said that the company’s board approved the reappointment of Managing Director R Varadarajan for a period of three years from January 1, 2016 to December 31, 2018 in a regulatory filing.

Repco Bank (Repatriates Cooperative and Finance and Development Bank) is a cooperative bank established by the Government of India in 1969 to improve financial needs of repatriates from Sri Lanka and Burma.

Chatterjee will be responsible for all consumer experience across desktop as well as mobile and will report to Punit Soni, Chief Product Officer.

Former captain of Pakistan cricket team Shoaib Malik(33) announced his Test retirement after the third day’s play of the third Test against England in Sharjah.

He has played 35 Tests for Pakistan, made a comeback into the Test side after a gap of five years, replacing the injured Azhar Ali in the continuing series against England in UAE and lionized his return with a career-best knock of 245  in Abu Dhabi. 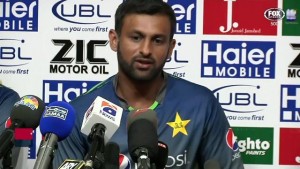 Other top cricketers retired this year It provides a ground for consideration with reference to the presumptions and issues in inter basin transfer of water in India. Radha Kant Bihari has made a humble effort to provide the different views and opinions expressed by technocrats, media persons and politicians on the subject.

Inter-linking of Rivers is the only solution for various water related problems faced by the country – by Chairman of Central Water Commission (CWC) Shri AB Pandya.

Who is Radha Kant Bharati?