Michelle Payne, the first female rider who won the A$6.2 million ($4.44 million) Melbourne Cup in Australia’s most esteemed race. Moreover, she is  the fourth female to drive the Cup in its 155 year history. 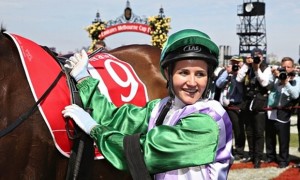 Frankie Dettori banned for a month and A$20,000 (£9,338) penalty imposed for careless riding on Max Dynamite.

Red Cadeaux, a three-times runner-up trained by Briton Ed Dunlop, missed to finish and carried from the track for emergency surgery.