10 New Schemes for Disabled Persons under the National Trust

India Railways has inked a MoU to set up a Railway Chair on Sustainable Mobility at New Delhi campus of The Energy and Resources Institute (TERI) University.

It would also seek to strength the on-going research in railways for sustainable development in order to open new vistas of research in the field of rail transport.

Kerala government organised “Orange Day” campaign to mark the international day for elimination of violence against women as stipulated by the UN General Assembly. 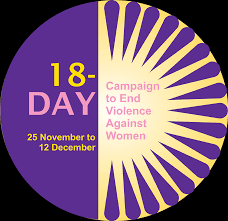 A host of dignitaries, including popular south Indian actress Parvathy and state DGP T P Senkumar, prominent women activists,political leaders and celebrities from the art world are participated in it.

The Maharashtra government to launch an accident insurance scheme for farmers named after BJP leader late Gopinath Munde, for farmers in the state.

The scheme will be implemented from 2015-16, an official said after the state Cabinet approved a proposal in this regard.

The Telangana Government declared 231 out of 443 rural mandals in the State as drought-affected and sought an immediate assistance of Rs.1,000 crore from the Centre for taking up relief measures.The decision was taken after by Chief Minister K. Chandrasekhar.

PM Modi was on four days visit to Malaysia and Singapore for building trade ties and attracting investments to India and to attend the ASEAN-India Summit and 10th East Asia Summit. He also held talks with Prime Minister Najib Razak. 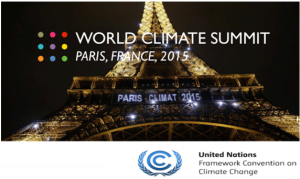 As per French Govt, 147 heads of state and government will attend a climate summit due to start in Paris next week. The November 30 – December 11 conference is tasked with signing the first-ever truly universal pact to curb global warming, and opens just two weeks after jihadists killed 130 people in the French capital.This would make it one of the biggest gatherings ever of world leaders outside the UN General Assembly in New York.

The meeting’s goal is to produce a pact that can limit average global warming to 2 degrees Celsius over pre-Industrial Revolution levels.

Two-weeks before the climate change conference in Paris, UNICEF released a report titled “Unless We Act Now” detailing how millions of children worldwide are at risk from climate change.

This causes a vicious cycle that increases the children’s risks of being affected heavily when faced with succeeding predicaments.

Tunisia’s President Beji Caid Essebsi declared a nationwide state of emergency and a curfew in the capital after a bomb attack on a presidential guard bus killed at least 12 people. The most of the agents who were on the bus are dead after the attack in Tunis, which has become a target of jihadist violence since the 2011 revolution.

Vistara :
Vistara is a joint venture between Tata Sons Limited and Singapore Airlines Limited (SIA) with Tata Sons holding the majority stake of 51 per cent in the company and SIA holding the remaining 49 per cent.

Global marketing research firm Nielsen has launched India’s first digital advertisement measurement system that will help marketers in the country to find out the return on investment of their campaigns on the internet and mobile platforms.

The new system can measure online advertising audiences, reach and frequency of digital ad campaigns and gross rating points (GRP) of the ads like age group and gender of the audience who viewed the ad.

The veteran industrialist Ratan Tata has been aggressively investing in start-ups, ranging from e-commerce firms to cab aggregators.

Justice M R Calla, retired judge of the Rajasthan and Gujarat high courts, has been appointed as the President of Association of Retired Judges of Supreme Court and High Courts of India.

The other appointments made during the meeting were those of retired high court judges Justices S K Dubey and Bhaskar Rao as Vice Presidents of the association, Justice A K Srivastav was elected as the Secretary General and Justice Fakhruddin was re-elected as its Treasurer.

Former long jump champion Anju Bobby George designated as the chairperson of Target Olympic Podium Scheme (TOPS). She will assume her charge in the first week of December. 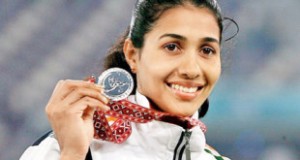 The TOP Scheme under the National Sports Development Fund (NSDF) was formulated with the objective of identifying and supporting potential medal prospects for 2016 and 2020 Olympic Games.

India successfully test fired one of its nuclear-capable ballistic missiles from a naval ship off the coast of Odisha. The trial was conducted from an undisclosed location, nearly 45 km from Puri and Paradip coast, Balasore, Bhubaneswar. The test was carried out by the Strategic Forces Command (SFC) of the Navy.

A Japanese rocket lifted off with the national space programme’s first commercial satellite as Tokyo tries to enter a business dominated by European and Russian companies.

A new species of tree frog was discovered and another species of bush frog was rediscovered in the Western Ghats.The discovery published in the latest issue of International Taxonomic Journal Zootaxa.

The team discovered a new species of Rhacophorid tree frog of the genus Ghatixalus. The new species is named Ghatixalus magnus after its large size making it the biggest known tree frog from the Western Ghats.

The team has also rediscovered a frog that had been evading for the past many decades. Raorchestes flaviventris is a species of rhacophorid bush frog described from the Western Ghats by George Albert Boulenger in 1882.

A China joint venture with Korea to build the world’s largest animal cloning factory in Tianjing China is set to save thousands of animals from extinction.

The 31.3 million dollar commercial facility is a follow up on the technique which made Dolly the Sheep, the first cloned mammal from Scotland on the 1996. 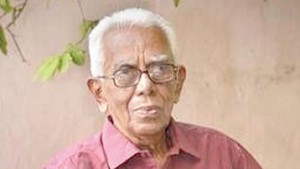 R. Govindarajan(90) one of the long-standing and distinguished football administrators of the State, passed away.TRG served in Tamil Nadu Football Associationas Secretary for 24 years.

Writer, columnist and journalist Mahip Singh(85) passed away at a private hospital in Gurgaon after a brief illness, family members said.

International Day for the Elimination of Violence against Women

The United Nations General Assembly has designated November 25 as the International Day for the Elimination of Violence Against Women .One of the aims of the day is to highlight that the scale and true nature of the issue is often hidden.

Objective : To raise awareness of the fact that women around the world are subject to rape, domestic violence and other forms of violence.

Theme : ‘Orange the World’ campaign kicks off efforts to end violence against women and girls’.