Asia Pacific has overtaken other regions on Corporate Responsibility (CR) reporting rates, with India among the top 10 countries with the highest rate of CR information. 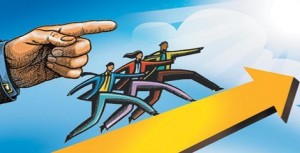 All of the largest Indian firms report on CR, compared with just 20% of companies in 2011. Last year the Govt made it mandatory for large companies to report on CSR projects undertaken and to disclose details including the spending on these projects, in their annual report.