Govt extends RuPay Card usage condition to 90 days for a claim under an inbuilt accident insurance cover in case of RuPay Classic cardholders with effect from 25th November 2015. As on 20.11.2015, out of 697 claims lodged under accidental Insurance under RuPay Debit Card in PMJDY accounts, 644 claims have been disposed off. 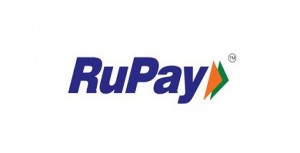 One of the stipulations of meeting the claim under Accidental Death or Permanent Disablement was that the RuPay Card holder has to carry-out at least one successful financial or non-financial transaction at a Merchant Establishment or at ATM or Micro ATM or e-commerce transaction, up to 45 days prior to the date of incident resulting into Accidental death or Permanent Disability.

Pradhan Mantri Jan Dhan Yojana (PMJDY) – a National Mission on Financial Inclusion was announced by the Prime Minister Shri Narendra Modi in his Independence Day Speech 2014 with the main objective of covering all households with at least one bank account per household across the country. The scheme was formally launched on 28th August, 2014 at National level by the Prime Minister.