Report sought on tree-felling around Taj

With continued threat to the Taj Mahal due to pollution around it, the National Green Tribunal (NGT) has sought a report into illegal felling of trees in the eco-sensitive zone around the monument by December 16.

Delhi residents will now be able to access a host of Delhi government services online and get documents verified for the issuance of nearly a dozen certificates under an ambitious “e-District project”.

Saudi Arabia allowed women to vote and contest in municipal elections. For the first time 979 women out of the total 6917 registered candidates allowed to register and campaign for 284 municipal councils on 29 November 2015.

Relations between Turkey and Russia have sharply deteriorated since Turkey shot down a Russian jet. President Vladimir Putin signed a decree imposing a raft of punitive economic sanctions against Turkey 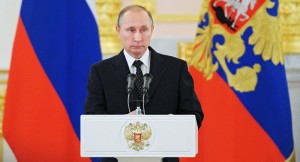 International Monetary Fund agreed to add the Chinese yuan to its reserves basket in the biggest shake-up in more than three decades.By acknowledging the yuan as a major global currency alongside the dollar, euro, yen, and pound, as is widely expected.

State Bank of Travancore (SBT) has launched a ‘Housing for All (Urban): Mission 2022’ to provide affordable housing to families belonging to the economically weaker sections/low-income groups in the urban centres.

The loans will be available for beneficiaries in two segments

A scientist at the Combat Vehicle Research and Development Establishment bagged the DRDO’s Scientist of the Year Award 2013, award presented by by Defence Minister Manohar Parrikar.

Anil Khanna, who was recently elected vice-president of the world tennis body ITF, was  re-elected as the Asian Tennis Federation (ATF) president for another four-year years at ATF’s Annual General Meeting in Colombo.

Lt Gen Ashok Ambre  took over as the new chief of Army’s 9 Corps (Rising Star Corps). He took over the position from Lt Gen Rajeev Tewari, who has been posted as GOC (General Officer Commanding) in West Bengal.

The 9 corps falls under the Western Command of the Army and is responsible for providing second tier of security along the International Border in the three districts of Jammu, Samba and Kathua of Jammu and Kashmir. 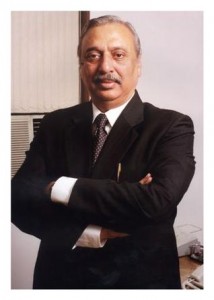 Mahesh Gupta appointed as the PHD Chamber of Commerce and Industry (PHDCCI) President. He succeeds Alok Shriram who demited office as PHDCCI President

The Indian Coast Guard (ICG) commissioned an interceptor boat at the Karaikal port to enhance its shallow water operational capability along the South Tamil Nadu and Puducherry coast.

Birhanu Legese from Ethiopia and Cynthia Limo from Kenya have won the 2015 Delhi Half Marathon in men’s and women’s categories respectively. In this eighth edition of marathon around 34,000 athletes and amateur runners from different parts of the world had participated.

Three nations India, Bangladesh and Afghanistan were  participated in the Tri-Nation Under-19s Tournament in India, 2015/16.India defeated Bangladesh by seven wickets to won the Under-19 one day tri series at Kolkata.

Great Britain won the Davis Cup for the first time in 79 years since the Davis Cup World Group started in 1981 in Ghent.Andy Murray defeated David Goffin in the first of the reverse singles for a title-clinching 3-1 lead over Belgium in the final 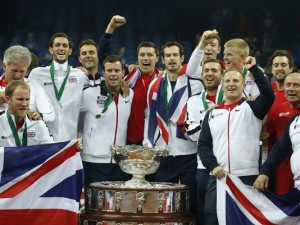 The Davis Cup is the premier international team event in men’s tennis. It is run by the International Tennis Federation (ITF) and is contested annually between teams from competing countries in a knock-out format.