In the recent Bihar Assembly elections, the Grand Alliance of Nitish Kumar surpassed the BJP led NDA (National Democratic Alliance) in all regions of Bihar with vote share of 41.9% and become the Chief Minister of Bihar for the third time. NDA had its vote share at 34.2%.

As per interim economic outlook report of Paris based Think Tank Organisation for Economic Cooperation and Development (OECD), the Indian economy is expected to grow by 7.2% this fiscal.

$273 million loan agreement has been inked between Asian Development Bank (ADB) and the Government of India (GOI) for the improvement of rural roads in the States of Assam, Chhattisgarh, Madhya Pradesh, Odisha and West Bengal.

The Centre on Monday approved Rs. 2,100 crore funds under the National Disaster Relief Fund (NDRF) for Karnataka and Gujarat, which recently faced drought and floods respectively.

The approval of the assistance from the NDRF with reference to Karnataka of Rs.1,540 crore and for Gujarat of Rs.562 crore. 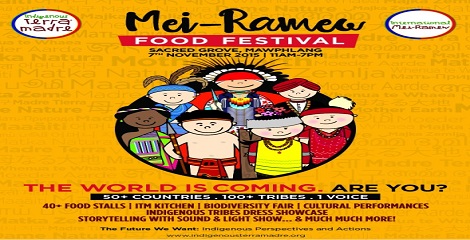 There were some almighty performances from a combined cultural group of Khasi, Jaintia, Garo and Rabha artistes. Meghalaya Chief Minister Mukul Sangma addressed that his government wished to make Meghalaya as the most favoured and most talked about destination.

India has maintained its robust record of winning elections as it has been re-elected to the UN Commission on International Trade Law (UNCITRAL) for the 6 years term from 2016-2022.

UNCITRAL is recognised as the core legal body of the United Nations system in the field of international trade law for over 40 years.

The United Nations cultural agency(UNESCO) rejected Kosovo’s proposal for membership after Kosovo failed to receive the support of two-thirds of the body’s member nations.

Polling: Out of 142 votes, 92 were in favor of Kosovo’s UNESCO membership 50 countries voted ‘no’ , 22 withdrawn from voting.

Kosovo has won membership in the World Bank and International Monetary Fund. It had promised that if it became a UNESCO member, it would protect the cultural heritage of Serbia, despite tensions that have stick around since the war.

Iran has appointed its first woman ambassador Marzieh Afkham since the 1979 Islamic revolution announced by Foreign Minister Mohammad Javad Zarif announced at a ceremony in Tehran.She will be replaced the ministry Jaber Ansari.

Indian-American Ashok Mago(Padma Shri awardee) has been appointed as a member of Board of Regents of the University of North Texas in the US by Texas Governor Greg Abbott for a six-year term ending on May 22, 2021.

Ashok Mago: He is the founding chairman of the Greater Dallas Indo American Chamber(now US-INDIA Chamber) and board member of the Primary Care Clinic of North Texas, advisory board member of BBVA Compass Bank in Dallas.

Dr. Raghuram Rajan, Governor of the Reserve Bank of India, was appointed as the Vice-Chairman, the Board of Directors of the Bank for International Settlements (BIS), at its meeting in Basel for three years from November 10, 2015.

About Raghuram Rajan:
He is 23rd Governor of Reserve Bank of India(RBI). Rajan served as chief economic adviser to India’s Ministry of Finance and chief economist at the International Monetary Fund from 2003 to 2007. 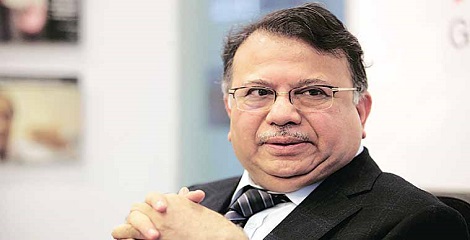 The former Chief Justice of Delhi High Court Ajit Prakash Shah has been designated as the ethics officer (ombudsman) at Board of Control for Cricket in India (BCCI) for 1 year tenure during Board’s 86th Annual General Meeting.

Also, to avoid conflicts AGM had made amendment in the board that any member who is an employee of the board can’t be part of any committees in the BCCI. He was appointed by three-member committee comprised Rohit Nandan (secretary, ministry of skill development and entrepreneurship) Lakshmi Narayan of Cognizant and R V Kanoria (FICCI representative on the NSDC board).

A team of astronomers working at the National Centre for Radio Astrophysics (NCRA) has discovered an extremely rare galaxy of gigantic size by using the world’s largest radio telescope operating at low frequencies.

The team was led by a Prathamesh Tamhane, a final year BSMS student of the Indian Institute of Science Education and Research (IISER-Pune) working under the supervision of Dr Yogesh Wadadekar at NCRA, used the Giant Metrewave Radio Telescope (GMRT) to detect the galaxy.

After ODI loss to South Africa in the five-match series, India retained the second spot in the latest ICC rankings.

The Board of Control for Cricket in India excluded Barabati stadium in Cuttack from the list of newly declared Test venues announced  at the Board’s 86th Annual General Meeting (AGM) in Mumbai.

Reason behind this :
India’s batting display in the 2nd T20 International against South Africa last month, fans had hurled plastic bottles onto the ground forcing the match referees to stop the match for some time.

Former general secretary of Bhartiya Kisan Union (BKU) Choudhry Harpal Singh(80) passed away at his native village of Sadruddin Nagar in the district.

About of Bhartiya Kisan Union :

World Science Day for Peace and Development is celebrated worldwide on 10 November every year.

Every year intergovernmental and non-governmental organizations, scientific research institutions, professional associations, universities, municipalities, the media, science teachers, schools and others are encouraged to organize their own celebration of World Science Day.