Iran has appointed its first woman ambassador Marzieh Afkham since the 1979 Islamic revolution announced by Foreign Minister Mohammad Javad Zarif announced at a ceremony in Tehran.She will be replaced the ministry Jaber Ansari. 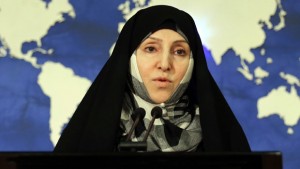