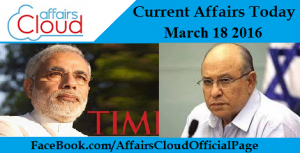 The Swachh Bharat Abhiyan- ‘Ek Kadam Swachhta Ki Aur’ is the pet project of our Prime Minister Narendra Modi which was flagged off on October 2, 2014 with a vision to make India free of open defecation by 2019 and to fulfil Mahatma Gandhi’s dream of a clean India

Railways Sign MoU with ISRO for use of Space technology

Ministry of Railways has signed a memorandum of understanding (MoU) with Indian Space Research Organisation (ISRO) for developing Remote Sensing and geographic information system (GIS) for Remote Sensing at unmanned railway crossing and other uses.

India and Bangladesh Enter into New Era of Petroleum Trade

India and Bangladesh began a new era of petroleum trade with a special goodwill train loaded with High speed diesel from India to Bangladesh.

Cisco will set up an Internet of Everything (IoE) Innovation centre in Visakhapatnam to drive regional innovation and will enable partners and start-ups to build solutions around IoE and engage in rapid prototyping.

Well known for his Selfies, world tours, and catchy speeches to the Indian diaspora; and his social media engagement, Prime Minister Narendra Modi has earned another badge to his Kurta, “TIME’s Internet Star”.

Bangkok is to impose a curfew during Songkran festival, the world’s biggest water festival in April to show solidarity with farmers hit by drought.

FIFA has acknowledged that “tens of millions of dollars” in bribe money seized by U.S. federal prosecutors in past World Cup hosting contests for the first time.

IDBI Bank ATMs Can Be Used For Bond Purchase

The Industrial Development Bank of India (IDBI) is an Indian Public Sector Bank headquartered at Mumbai which was established in 1964.

London & partners, the official promotion company of London has revealed that India is the second biggest investor in London after USA.

The 10th Asian film awards were presented in Macau, China. ‘The Assassin’, a movie about a highly trained female assassin bagged prizes for, best actress and best director.

Priyanka Kakodkar and Raksha Kumar were named as joint winners of the 2015-16 Chameli Devi Jain Award. They were awarded for their work that clubs social concern and compassion with pioneering reportage and analytical skills.

AirAsia India announced that Amar Abrol will succeed Mittu Chandilya as the CEO of AirAsia India, with effect from April 1, 2016.

Webportal Launched for allocation and monitoring of Coal resources

Another move in making transparent governance, Union Minister of State (IC) for Power, Coal New and Renewable Energy launched the web portal for distribution of coal by State Distribution agencies.

The India Meteorology Department (IMD) has indigenously developed Drishti, an instrument that will provide real time visibility information to pilots.

Depot Online System of state run Food Corporation of India (FCI) has been launched by the Union Government to carry transparency and minimize storage losses of food grains. The Union Food and public Distribution Minister Ram Vilas Paswan have launched this system in New Delhi as part of Digital India initiative of Union Government.

A group of Scientists led by Matias Jones of the Pontifical Catholic University of Chile have discovered four enormous planets with masses from 2.4 to 5.5 times that of Jupiter, orbiting stars much bigger than our Sun. 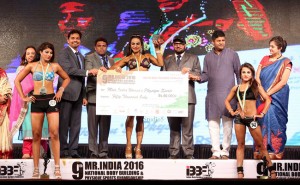 Shweta Rathore the silver medalist in Asian Championship in 2015 has won the gold medal in held at New Delhi.

Aim: To enhance the digital experience delivered to marathon participants.

Meir Dagan, a former chief of Israeli intelligence agency Mossad has died. He was 71. 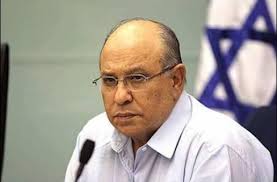