The Swachh Bharat Abhiyan- ‘Ek Kadam Swachhta Ki Aur’ is the pet project of our Prime Minister Narendra Modi which was flagged off on October 2, 2014 with a vision to make India free of open defecation by 2019 and to fulfil Mahatma Gandhi’s dream of a clean India. 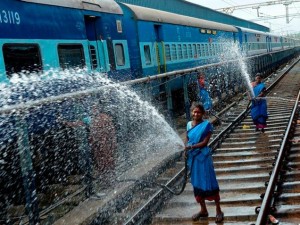 IRCTC will soon submit the final report to the Railway Ministry that will include responses from railway staff and non-railway service providers.