Jaipur and Varanasi has made India’s maiden entry to the Creative City Network of the United Nations Educational, Scientific and Cultural Organization (UNESCO). 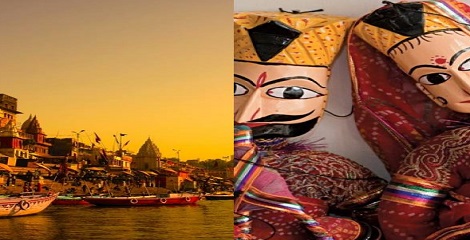 Varanasi – Combination of a Temple city with rich Tradition in Music
Varanasi was advocated as an ideal example of India’s intangible Cultural heritage.

Jaipur – City with Rich variety in Craft
36 varieties of crafts were identified including the ones related to Sculpture, Pottery Textiles and Jewellery making. Right from King Sawai Jai Singh II of Jaipur in 18th Century to his successors, the city has been nurtured as a centre of artistic excellence.

About UNESCO Creative City Network
It was launched in 2004 and comprises 116 Member Cities with an aim to foster international cooperation with and between cities committed to investing in creativity as a driver for sustainable urban development, social inclusion and cultural vibrancy.