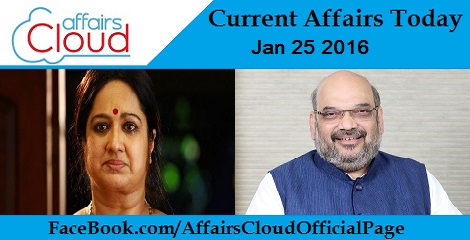 The first Solar Power operated Mini-Water Supply Plant has been commissioned in Hingna village of Mouda Taluka in Nagpur district Maharashtra. Solar power is the conservation of sun energy to usable electricity. Solar Power is a sustainable and renewable resource of energy.

For the automating of approval processes, GPR involves a three-pronged approach:

In the first phase, CRC will look into applications for name availability (INC-1 e-forms) submitted online across the country and will process these by the end of the next working day.

Maharashtra govt has given its consent to new maritime policy for port development to create better facilities around 720 km coastal region of the state.

Government will soon set up Maharashtra Port Connectivity Corporation with the participation of Sagarmala Development Company, MMB and the state industries department to put in place necessary infrastructure for port development.

The union cabinet clears the President’s Rule in Arunachal Pradesh.Union Government takes the decision when the state assembly becomes unsuccessful to act in accordance with the provisions of Article 174 of the Constitution.

India comes out to be the 3rd largest Steel Producer

The Reserve Bank of India (RBI) has sought an additional Rs 26,000 crore from the government to be injected into state-run banks by 2018 as the current capital pledges are inadequate due to inflated stressed assets.

ONGC gets environmental clearance for project in Krishna-Godavari basin

Oil and Natural Gas Corporation Limited (ONGC) gets environmental clearance for a project in the Krishna-Godavari (KG) basin.Now ONGC has been allowed to drill 45 development wells and other related infrastructure in the KG basin in Andhra Pradesh.

The list of the India’s most prestigious and revered honours, “Padma awards” 2016 is out. 114 people will be bestowed with the Padma awards this year.

About Padma Awards
Initiated in 1954, Padma Awards have been announced every year on Republic Day and are conferred by the President at a function in Rashtrapati Bhawan in March/April. The award is given in three following categories: 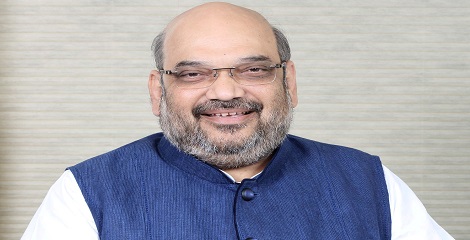 For a second term, Amit Shah (51) was elected as the president of the Bharatiya Janata Party for full time tenure of three years. He received 17 proposals from 20 state units.

Marcelo Rebelo de Sousa elected as the President of Portugal Marcelo Rebelo de Sousa elected as President of Portugal by winning 52.4% of the votes against nine rivals. He will succeed Anibal Cavaco Silva. The 67-year-old law professor has had a long career in the public eye.

India will set up a satellite tracking and imaging centre in southern Vietnam that will give Hanoi access to pictures from Indian earth observation satellites that cover the region, including China and the South China Sea.

Billed as a civilian facility – earth observation satellites have agricultural, scientific and environmental applications. The improved imaging technology meant the pictures could also be used for military purposes.

Union Government had launched Sahaj Scheme for online booking of LPG cylinders. The booking can be done through the unified web portal www.mylpg.in which is available in 13 languages.

In Latin America countries the Mosquito-borne Zika virus has created a panic over thousands birth defects. Babies with abnormal condition are born in the region due to the effect of the virus.

India defeated Pakistan by 44 runs to win the first ever blind T20 Asia Cup at the Nehru Stadium, Kochi.

Ayyaz Muhammad of Pakistan was named as the man of the match. 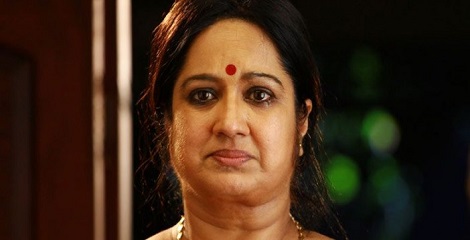 Known for comic roles, Malayalam film actress Kalpana Ranjani aka Kalpana passed away in Hyderabad due to heart attack. She was a sister of actresses Urvashi and Kalaranjini.

Government of India (GOI) has decided to celebrate January 25 as ‘National Voters Day’  and ‘ National Tourism Day’ every year.