Government of India (GOI) has decided to celebrate January 25 as ‘National Voters’ Day’ every year. Today the 6th National Voters’ Day (NVD) is celebrated with the theme ‘Inclusive and Qualitative Participation’. It was started from 25th January 2011 to mark Commission’s foundation day. 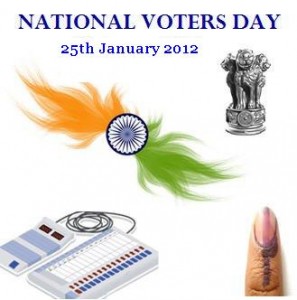 Key highlights about the day