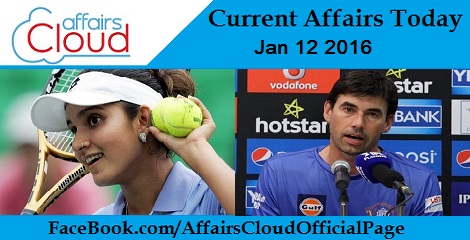 With an introduction of bilingual textbook, “Towards a World of Equals” in engineering colleges affiliated to the Jawaharlal Nehru Technological University (JNTU-Hyderabad), Telangana has become the introductory state in the country to make gender education compulsory at the graduate level.

Kerala has become the first state in the country to achieve the status of 100% primary education. It has been declared by Vice-President Hamid Ansari. 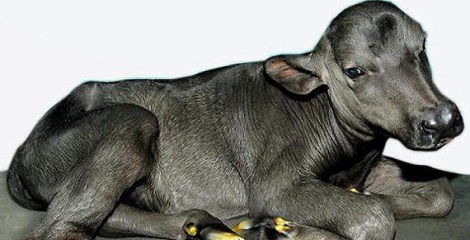 Scientists at Central Institute for Research on Buffaloes (CIRB) in Hisar have successfully produced a cloned buffalo offspring “Cirb Gaurav”.

This cloned buffalo calf is distinct from the earlier clones produced in India. As this is produced from cells of ventral side of tail of superior bull buffalo, this part is least exposed to sunlight and may have less mutation rate and can be good choice for isolation of donor cells to produce healthy clones.

Rajyostav Sthal at Naya Raipur will be the main venue of the five-day event which will see contests in 18 different disciplines, including folk dance, folk song, drama, classical music, classical dance, extempore etc. with a participation of over 6,000 participants from across the country.

Social security agreement signed between India and Australia came into effect enabling people of both nations to avail retirement benefits in each other’s country to boost bilateral business linkages. The Agreement signed in November 2014 came into operation on January 1, 2016.

Australia now has 30 international social security agreements around the world to support people living and working in more than one country including with countries like Austria, Belgium, Canada, Japan, Korea, Spain, Switzerland and the US.

Mumbai headquartered Bank of Baroda has timely paid over Rs 95 crore as interest to the beneficiaries of its additional tier-I Basel-III compliant bonds issue of Rs 1,000 crore.

An online marketplace BankBazaar.com has launched a new “One Loan Two Homes” programme to help the flood-affected citizens of Chennai.

Habitat for Humanity is a non-profit organization that builds homes and provides housing-related services to low-income, marginalized families across India to build disaster-resilient homes for people affected by the floods.

With this new programme, BankBazaar.com brings its customers and the flood-affected one step closer to a home of their own.

The Asian Development Bank will extend a $625 million loan to the proposed $840 million Visakhapatnam-Chennai Industrial Corridor.

Housing and Urban Development Corporation would help build Andhra Pradesh’s capital at Amaravati with an assistance of ₹7,500 crore. A metro rail was under consideration for Visakhapatnam, while tenders would be invited for one in Vijayawada.

Digital payments firm PayPal tied up with ecommerce platform solutions provider Shopmatic to enable its merchants to expand their sales globally. This is PayPal’s first tie-up with an Indian partner.

PayPal is also striking deals with banks to help consumers in India use their credit and debit cards to buy internationally. It had partnered with State Bank of India to enable customers to use their SBI debit cards on PayPal to make purchases on overseas websites.

Argentina’s professional footballer Lionel Messi has been conferred with the FIFA Ballon d’Or award for the world player of the year beating his greatest rivals Cristiano Ronaldo and Neymar.

As per the Swiss financial services major UBS report, titled “Climate change: A risk to the global middle class”, the climate change inflicted a USD 1.5 trillion loss on the middle-class across the globe between 1980 and 2014 and another USD 32 billion in the first six months of 2015 which was the hottest year on record.

In the latest tennis WTA rankings, Sania Mirza continues to top the women’s double chart with 11395 points while her partner Martina Hingis of Switzerland maintained her second spot with 11355 points.

Man Double Ranking:
The ranking is being headed by Marcelo Melo of Brazil, followed by Horia Tecau of Romania and Netherlands Jean-Julien Rojer.

Men’s Singles:
Novak Djokovic of Serbia tops the chart ahead of Andy Murray of Great Britain and Swiss Roger Federer. 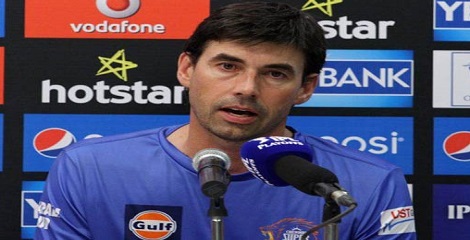 The new IPL franchise, Pune appointed Stephen Fleming as their coach for the upcoming edition.

Pune roped in the likes of R Ashwin, Ajinkya Rahane, Faf du Plessis and Steve Smith as well in the player draft.

ICC and MoneyGram International announced an eight-year deal which confirms MoneyGram as an event partner for ICC occasions from 2016-2023. 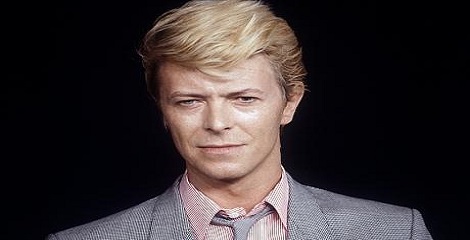 The iconic singer David Bowie died from liver cancer in New York. Bowie’s passing came just three days after the release of a music video which featured chilling footage of the singer confined to a hospital bed with his eyes covered by a bandage.

PM said that Rashtra Dharma is above every Dharma (religion). He urged the people to strive for poverty alleviation, clean India and to harness the energy of millions of youth towards a strong nation on the move.