Kerala has become the first state in the country to achieve the status of 100% primary education. It has been declared by Vice-President Hamid Ansari. 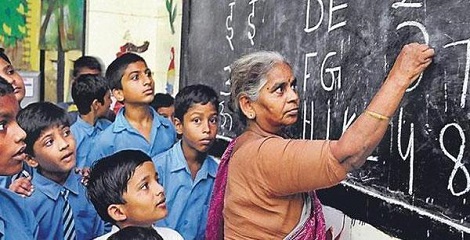 What is Athulyam Aksharotsavam scheme?
The programme offers a chance to achieve the education qualification equivalent to fourth standard for those who failed to get primary education due to various reasons.

The second phase of the Athulyam project was implemented as part of the Mission 676* of the State government. Around 2.6 lakh candidates appeared for the 4th standard equivalency examination in June 2015 and 2.2 lakh candidates qualified. The equivalency examination was held in 6,613 centres across the state and those who scored 30/75 in English and 20/50 in other subjects were declared winners.