The Instrument of Ratification of the Convention on Supplementary Compensation for Nuclear Damage, 1997 has been submitted by India to the International Atomic Energy Agency (IAEA), marking an important measure in addressing matters related to civil nuclear liabilities.

The Instrument of Ratification will not only clear the way for India’s nuclear commerce with international economies but also make a contribution in strengthening the global nuclear liability regime.

Invest Karnataka 2016, the first Global Investors Meet (GIM) was held from 3rd to 5th February 2016 with a theme “where the future is made” at Bengaluru.

The decision has been taken on the sidelines of the meeting that was held in Delhi to deepen maritime and defence cooperation which covers a range of issues, including ocean safety, disaster management and anti-terror drills.

In a bid to succeed “Make in India” campaign, Ministry of Finance in partnership with SBI Caps is organized an India Investment Summit in New Delhi.

During the event FinMin launched the Logo of National Investment and Infrastructure Fund (NIIF) which is established as a Category II Alternate Investment Fund (AIF) under the Securities and Exchange Board of India (SEBI) Regulations.

Maharashtra rolls out Deradicalisation Programme in wake of IS threat

Maharashtra had rolled out a deradicalisation programme for the minority community because of home-grown extremism and the global Islamic State (IS) threat.

After 3 years of ban, Odisha government has lifted the restrictions on visit of foreign tourists to certain tribal areas in the State, which was imposed due to the abduction of two Italian tourists in Kandhamal district by Maoists.

Highlights of the revised guidelines:

India had beaten the US to become the world’s second largest smartphone market in the world. Now India had crossed 220 million in active unique smartphone users in 2015.

The 17th edition of Laureus World Sports Awards 2016 will be hosted by Berlin, Germany on April 18.

The European Union has consented 3.3 billion Euros of succor for Turkey to cope with the issue of Syrian migrants.

The funding is aimed at curbing flow of asylum seekers into the Europe by tightening its borders with Turkey.

GreenSignal is supplying BCG vaccine to the Government of India and Indonesia.

Government To Infuse About Rs. 5000 Cr In PSU Banks This Quarter

Government will infuse about Rs 5,000 crore capitals in the Public Sector Banks (PSB) in the current fiscal to strengthen balance sheet.

Foreign direct investment (FDI) in the Indian economy twice the usual size to $4.5 billion in December 2015. There was 114% growth recorded for December 2015 as compared to December 2014, when India has received $2.16 billion.

The government has relaxed FDI norms in 15 sectors, including Defence, single brand retail, construction development, civil aviation and LLPs, to boost FDI in the country.

State Bank of India (SBI) had tied up with Thomas Cook for ‘inflation proof’ holiday.

IDFC Mutual Fund has designated the Anoop Bhaskar as its head of equities. Prior to this appointment, he was the head of equities at UTI MF and is considered one of the finest fund managers.

The AMC manages a range of funds across debt and equity asset classes and has a distribution reach that covers 39 cities directly and has an indirect presence in over 283 towns across India. 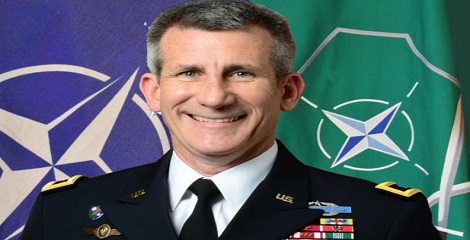 Army Lieutenant General John Nicholson has been designated as the commander of the NATO forces in Afghanistan. He will succeed US General John Campbell.

John Nicholson appointment was confirmed by the Senate Armed Services Committee during a Congressional hearing on Afghanistan.

GOI has accredited World Bank’s water and sanitation specialist, Parameshwaran Iyer (56), as the new Secretary of the Drinking Water and Sanitation Department.

An IAS officer of the UP cadre is the key person behind the proposed $1,500 million loan from World Bank for the Swachh Bharat Mission.

California headquartered Cisco Systems Inc has publicized to acquire Jasper Technologies that connect devices to internet for $1.4 billion in cash and equity awards.

Reliance Defense had announced to set up Dhirubhai Ambani centre for research, development and innovation in aerospace technology.

Finance Minister Arun Jaitley  launched the official YouTube channel for the Ministry of finance. The channel will be launched before the start of the Budget session.

The ICC has removed India, England and Australia as the permanent members of its decision-making executive committee.

ICC chairman would not be allowed to hold a position in a member country board.