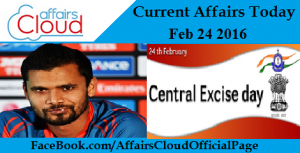 Ministry of urban development today approved the plan for 13 cities in 6 states under AMRUT(Atal Mission for Rejuvenation and Urban Transformation) scheme for 2015-16. A committee chaired by Madhusudhan Prasad, Secretary of Urban Development has cleared approval worth 495 crores for 13 cities.

As a move to conserve the tiger population the 3rd Asian Ministerial conference is set to begin on April 12 in India. The conference is inaugurated by Prime Minister Narendra Modi. 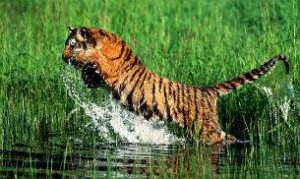 Nepal’s Prime Minister Khadga Prasad Sharma Oli was on his maiden 6 days visit to Indiaaimed to strengthen ties by clearing the misunderstanding between both nations. Oli and NaMo discussed a range of bilateral issues.

HUDCO to Sanction 90 Crores for APCRDA

In a written reply to Smt. Kothapalli Geetha, the Minister of State for Housing & Urban Poverty Alleviation –Mr. Babul Supriyo informed in LokSabha that HUDCO (Housing and Urban Development Corporation) have sanctioned 90Crores to APCRDA.

Google is shutting down Google Compare

Search Giant Google is winding down operations of unfamiliar tool called Compareand will terminate the services by March 23 from U.S and UK services.

Renowned art lover Ismail Mahomed of Indian Origin from South Africa has been conferred with Knighthood by French government.

GVK Biosciences has been conferred with the Global CSR Excellence & leadership Award by world CSR Congress on World CSR Day. The award was given under the category of Best Environmental Friendly Projects for its Go green Grow Green planting activity.

Former Chief Justice of India, Justice Handyala Lakshminarayanaswamy Dattu has been designated as the Chairperson of the National Human Rights Commission (NHRC) for a period of 5 years. He will succeed K G Balakrishnan.

Mortaza set to be the UNDP Goodwill Ambassador 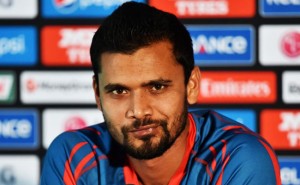 The United Nations Development Programme on Thursday announced Mashrafe Bin Mortaza as its National goodwill ambassador for Youth in Bangladesh.

Shri.K.N.Vyas, Eminent Scientist and Associate Director, Reactor Projects Group of BARC on February 23rd took over as the Director of BARC from Dr.Shekar Basu.

India second Largest Software Company has appointed as the new head of its consulting business Infosys Consulting Holding (formally Infosys Lodestone) with the effect from April 1 2016.

Rabishield –the first monoclonal antibody drug that is a fast acting anti-rabies vaccine is launched in India. It is developed by Pune-based Serum Institute of India and US-based Mass Biologics of the University of Massachusetts Medical School.

Birders in Goa sighted rare Falcated Duck in Goa which will add the verity in Goa’s Bird list.

The Day is commemorated on February 24, to recognize the Contribution of Central Board of Excise and Custom. The nodal Agency is responsible for administration in relation with Customs, Central Excise, Service Tax and Narcotics.