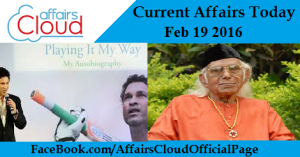 In a bid to benefit urban poor under the PM’s Awas Yojana (Urban), Ministry of Housing & Urban Poverty Alleviation accredited construction of 81,757 houses for Economically Weaker Sections (EWS) in urban areas in 7 states.

In a bid to match pace with latest technological innovations, Indian Railway Project Management Unit (IRPMU), an arm of North Central Railway in association with theConstruction and Open Line Units of the Railway, initiated a computer-based signalling system at Khurja junction, a city famous for pottery in Uttar Pradesh.

Tamilnadu And West Bengal To Invest 150crores In Waste Management

Solid waste management is a project under the Swachh Bharat mission. It has been found that the Indian cities  generate about 170 million tonnes of solid waste every year.

Signing of MoU between IIPE and Andhra University

Indian Institute of Petroleum and Energy (IIPE) and Andhra University had signed a Memorandum of Understanding (MoU) to start the IIPE sessions during the academic year 2016-17.

Odisha government had introduced a self-certifying scheme for non-hazardous industries to set up units.

Union Cabinet had given nod to Election laws (Amendment) Bill 2016 in the Budget session of Parliament to amend two electoral laws.

The UN and the Colombian government jointly launched the new trust for peace building activities especially in the conflict areas of FARC-EP (Revolutionary Armed Forces of Colombia-People’s Army).

South Korea to build IT park in Islamabad

South Korea had decided to build an IT park in Islamabad that will cost $50-million. This tie will help both the nation to build a strong relationship. 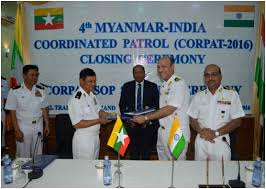 Axis Bank had made partnership with Suvidhaa to offer loan to urban poor.

As a part of the Make in India initiative in defence sector, the defence ministry proposed to replace the 2,610 Russian designed Sarath BMP-II combat vehicles which were used since 1980.

Japan’s Terra Motors had launched an electric rickshaw for the Indian market.It aims to sell 30,000 units by the end of the year 2016 by enhancing its network in India.

6 Indian-American researchers to be honoured with PECASE 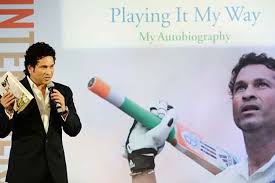 Sachin Tendulkar’s autobiography had been entered in Limca Book of Records.

Google’s “Project Loon” had crashed down in Sri Lanka in a tea plantation.

NASA finds ‘super-Earth’ with an atmosphere

The National Aeronautics and Space Administration (NASA) had found a super-Earth with an atmosphere for the first time. 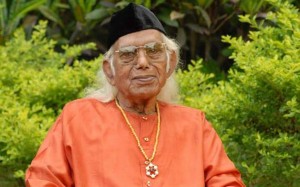 Veteran singer Ustad Abdul Rashid Khan had passed away in Kolkata due to old age problems.