Minister of Urban Development M.Venkaiah Naidu released the results of “Swachh Survekshan-2016” of 73 major cities that were surveyed for sanitation last month.

The government of India had sanctioned a sum of nearly Rs 4,100 crore as a disaster relief fund to seven states.

Indian Institute of Technology (IIT) Kharagpur and Indian Council of Medical Research (ICMR) are collaborating for joint research, exchange of faculty and students as well as tapping into international scientists and entrepreneurs under ‘Global Initiative of Academic Networks'(GIAN).

IMPRINT :IMPRINT is the first of its kind MHRD supported Pan-IIT + IISc joint initiative to address the major science and engineering challenges

GIAN:Global Initiative of Academic Networks (GIAN) to facilitate short-term teaching and research programmes by up to 1,000 visiting US academics in Indian universities

Govt to increase number of e-Seva centres in villages to 250,000 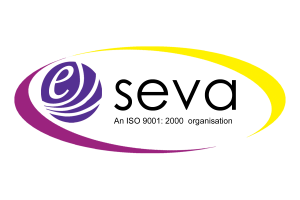 It will enable “village-level entrepreneur to talk to national-level experts” for guidance, apart from being an e-services distribution point.

BML Munjal University had signed a Memorandum of Understanding (MoU) with Axis Bank.

Apple to set up first technology centre in India

Apple will be going to set up its first technology development centre in Hyderabad India. Hyderabad is considered as the hub of technology.

Kstart had announced to have technology partnership with Google for its seed-stage portfolio companies.

The 69th British Academy Film Awards were held on 14 February 2016 at the Royal Opera House in London to honour the best British and international contributions to film in 2015.

Golden Beaver Award bestowed upon “Nagaland is changing. But…”

“Nagaland is changing. But…” a documentary movie has clinched the Golden Beaver Awardat 6th National Science Film Festival in Mumbai.

President Pranab Mukherjee conferred the Infosys Prizes in New Delhi for the year 2015.The prize was felicitated to six winners for their outstanding contribution in the research fields.

RailYatri.in had launched a medical emergency app. It will enable train travelers to check for vital information regarding medical facilities in the surrounding area of their location. 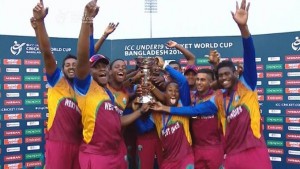 West Indies had won the ICC Under-19 World Cup 2016 in Mirpur against India.

India has won the three match Twenty20 series against Sri Lanka after racing to a 9 wicket win in the third and last T20 played at Visakapatnam cricket ground.

Popular southern composer Rajamani has passed away. He was 60