“Nagaland is changing. But…” a documentary movie has clinched the Golden Beaver Award at 6th National Science Film Festival in Mumbai. 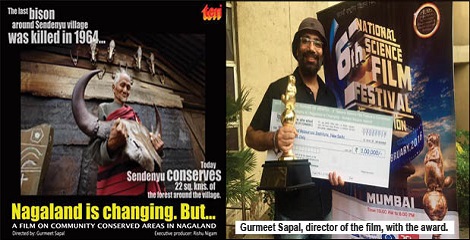 About “Nagaland is changing. But…”:
It was directed by Gurmeet Sapal and produced by Nagaland State Forest Department in technical collaboration with TERI.