Gujarat Government announced a new IT Policy and Incentive Scheme (2016-21), aiming to promote the sector by providing subsidies to investors and create 10 lakh new jobs.

To link incentives with employment creation for the youths, the policy provides that units availing assistance under the IT policy will be required to take interns at a rate of minimum one intern for every 20 employees.

States can clampdown mobile internet access under Section 144 of the Criminal Procedure Code (CrPC) as ruled by the Supreme Court.

Vizag to be first major port to run on solar energy

Vizag port in Hyderabad will be the first major port to run on solar energy. 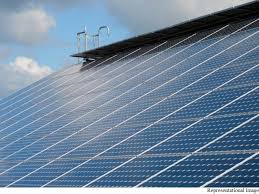 Manipal University had signed a Memorandum of Understanding (MoU) for academic cooperation with University of Chicago USA in Manipal.

Crown Prince of Abu Dhabi visit to India – An Overview

Crown Prince of Abu Dhabi and Deputy Supreme Commander of the UAE Armed ForcesSheikh Mohamed bin Zayed Al Nahyan was in India on a three-day visit to focus on new areas of cooperation like security, counter-terrorism, nuclear, space sector and energy sector.

In accordance with the report by the United Nations Office for Disaster Risk Reduction (UNISDR), India has been ranked as the third lead in the list of most disaster hit countries of 2015. Last year, India was suffered with 19 disasters.

Foreign Secretary S Jaishankar summoned US Ambassador Richard Verma to expressed disappointment over US administration’s decision to sell eight F-16 fighter jets to Pakistan because that such arms’ transfers will help combat terrorism.

RBI changes g-sec tenures under OMO to rein in yield

With an aim to maintain liquidity and also keep rising yields in the market under check, the Reserve Bank of India (RBI) is changing the profile of the government securities (Gsecs), it is buying from bond investors under its open market operations (OMOs).

To improve ease of doing business, the government is all set to introduce Business Identification Number (BIN) for companies.

As per the proposal, the permanent account number (PAN) may become the BIN for companies. 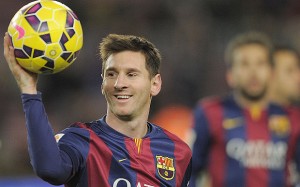 Lionel Messi has been named La Liga player of the month for January. For the first time he has won the award. Messi scored six times that month, nine times in March 2014 (including consecutive hat-tricks), five in October 2014, nine the following month, seven in February 2015 and four times last December.

Cristiano Ronaldo has won the award twice since it began in September 2013, as have the Atlético pair Diego Godín and Antoine Griezmann and the Real Sociedad striker Carlos Vela.

GOI has designated Nagendra Kumar Saxena as the next High Commissioner of lndia to Solomon lslands with residence in Port Moresby. 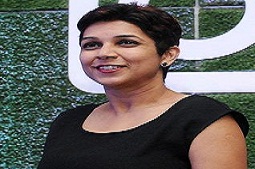 Facebook India Managing Director Kirthiga Reddy had stepped down from her current role and will relocate the headquarters to US.

Indian Institute of Millets Research (IIMR) has designated Vilas A. Tonapi as its director.

ISRO to launch Cryogenic mk-III based GSLV vehicle in Dec

Board of Control for Cricket in India (BCCI) had banned Pakistani umpire Asad Rauf was for five years. 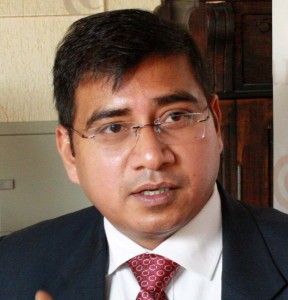 He had also worked as Deputy Chief of Mission in Embassy of India at Madrid. In the ministry, Prasad handled works related to India’s bilateral relations with Russian Federation, France, Germany and Spain.

The nation celebrates the first edition of World Radio Day in 2012. It was originally proposed by Spain. It was celebrated this year to remember the contribution of radio in our life.