In order to promote entrepreneurship, Prime Minister Narendra Modi initiated the “Stand up India scheme” and a Web portal for the scheme in Noida, Uttar Pradesh.

The Unique Identification Authority of India (UIDAI) touched the historic point in a range of five and a half years by producing the 100thcrore Aadhaar.

Union Government declared that action will be taken against unlawful accounts held abroad by Indians and constituted a multi-agency group to continuously monitor information after the Report from Panama Papers which says 500 Indians being named off illegal fund holdings in abroad.

The 13 the Edition of bi-annual exercise Tat Suraksha of Andaman and Nicobar Command will conduct a four-day-long coastal security exercise from April 5.

The scenery on our red coloured 20 rupee note depicts a natural scene on the Andaman and Nicobar islands.

Bhubaneswar which came at the top of the first batch of 20 smart cities selected by the Ministry of Urban Development also became the first to get its Special Purpose Vehicle. 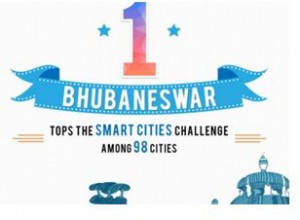 The government of Telangana has unveiled a new ICT policy along with four other policies to support innovation, gaming and animation, rural tech centres and growth of electronics aimed at attracting investments while facilitating job creation.

A report titled Global report on urban health: equitable, healthier cities for sustainable development, 2016 has been released by World Health Organisation (WHO) in collaboration with United Nations Human Settlements Programme (UN-Habitat) showing the health in equities between the richest and poorest urban populations.

India has signed a memorandum of understanding with the 56-member Islamic Development Bank (IDB) for a possible $100 million line of credit to simplify exports to IDB’s member countries.

RBI has announced the first Bi-monthly Monetary Policy Statement for 2016-17. It cuts the Repo rate under the liquidity adjustment facility (LAF) by 25 basis points to 6.5% and kept the Cash Reserve Rate (CRR) unchanged.

Xiaomi has made $25 million investment in in digital media firm, Hungama. It is the first investment made by Xiaomi in the country.

President Pranab Mukherjee conferred the National Geoscience Awards 2014 at a function to be held at RashtrapatiBhavan in New Delhi.

Viswanathan Anand to be feted with Hridaynath Award 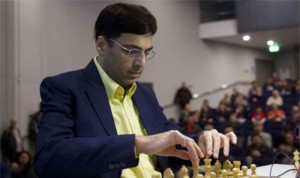 Chess maestro Viswanathan Anand will be honoured with the Hridaynath Award, which felicitates and recognises successful individuals across the country from various walks of life.

Manish Sharma has appointed as the president and CEO of Panasonic’s India and South Asia operations of Japanese electronics giant Panasonic. He was earlier MD of Indian operations.

ISRO, NASA to jointly launch satellite to study earthquakes and their patterns

In ISRO and NASA are jointly operated mission NISAR a satellite that helps studying earthquake and its patterns will be launched.

The world’s first licensed vaccine “Dengvaxia” against a mosquito-borne disease “dengue” has been launched by Philippines. As per WHO, this chronic disease infects 390 million people a year globally. It is the first public immunization program for dengue fever to administer to a million school children.

Ola introduce e-rickshaws on its platform

India’s smartest app based cab company Ola has introduced electric rickshaws on its platform.It was launched in the presence of Prime Minister Narendra Modi at the ‘Start-up India’ event held in Noida

Aim: To providing mobility to its users smaller towns and cities.

The US Researchers at the Harvard-Smithsonian Centre for Astrophysics have discovered a rare triple-star system with a gas giant planet that is similar in size to Jupiter. 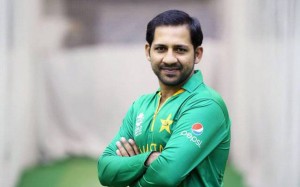 Pakistan’s head coach Waqar Younis resigned from his position after his team exit from the World Twenty20 tournament. He took on the job for the second time in 2014, having previously held the post in 2010-11

The 53rd National Maritime Day is observed today with the theme of “Ease of doing business in the maritime sector”.