In a bid to encourage research in premier technical institutions through IMPRINT (Impacting Research Innovation and Technology), the memorandum of understanding has been signed by the 25 ministries comprising human resource development.

In order to promote the empowerment of persons with disabilities, “Sugamya Bharat Abhiyan”aka “Inclusiveness and Accessibility Index” has been instigated by the Government of India in partnership with Federation of Indian Chambers of Commerce and Industry (FICCI).

The Union Minister for Women & Child Development Maneka Sanjay Gandhi initiated a project of construction of a special Home for 1000 widows at Vrindavan, Mathura, Uttar Pradesh.

The shelter Home at Vrindavan has a capacity to house 1000 women and is being constructed on 1.424 hectare of land through National Building Construction Corporation (NBCC). The design of the Home has been prepared in consultation with HelpAge India.

Uttarakhand has become the 10th state to join the Centre’s scheme for revival of debt stressed power distribution companies. An overall net benefit of about Rs 962 crore would accrue to the state.

Following the earlier notification in the State, a partial liquor ban has been brought into effect in Bihar . The state cabinet gave its nod to Excise and Prohibition department’s proposal to issue a notification for implementing prohibition in rural areas besides putting a blanket ban on country-made and spiced liquor.

The Leading Defence Spenders with their Rankings:

The fishermen’s from Mullaitivu will get 150 boats and fishing equipment on behalf of the MoU Signed between India and Sri Lanka. The total cost of the project of Rs. 100 million. FICCI inked a MoU with AustraliaIndian Business Council (AIBC).The move likely to strengthen and promote business ties with Australia. The agreement signed during the Invest in India in Melbourne Australia. 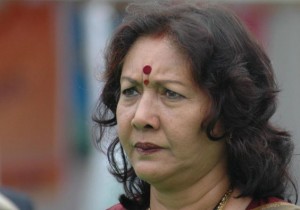 The PAC is a Legislature Committee that scrutinises the reports of the CAG, and comprises of 30 members drawn from both the Assembly and Legislative Council.

The PhonePe team will transition to Flipkart but will function as an independent business unit.

Government of India has publicized the Indian Intellectual Property (IP) Panorama in New Delhi by offering a single window interface for information and guidance on intellectual property for competitive advantage. Iraqi-British architect Zaha Hadid has died of heart attack aged 65 in a Miami hospital. She designed the aquatics centre used in the 2012 London Olympics. 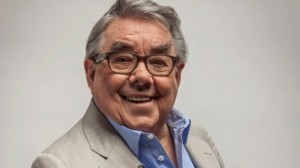 Entertainer Ronnie Corbett, best known for BBC comedy sketch show The Two Ronnies, has died aged 85. He was one of the UK’s best-loved entertainers.