We are here for you to provide the important Recent and Latest Current Affairs 6 November 2020, which have unique updates of Latest Current Affairs 2020 events from all newspapers such as The Hindu, The Economic Times, PIB, Times of India, PTI, Indian Express, Business Standard and all Government official websites. 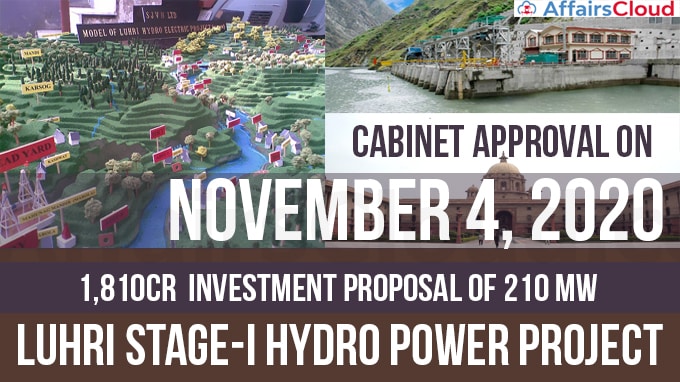 On November 4, 2020, the Union Cabinet chaired by Prime Minister (PM) Narendra Modi has approved the following proposal which was detailed by Union Minister Prakash Keshav Javadekar, Ministry of Information and Broadcasting (MIB). 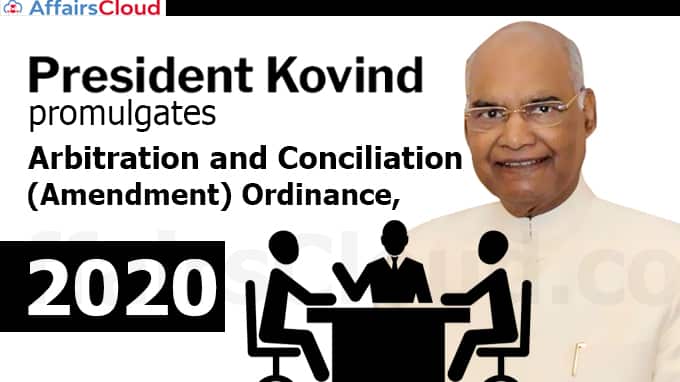 i.On November 4, 2020, President Ram Nath Kovind in exercise of the powers conferred by clause (1) of article 123 of the Indian Constitution promulgated the Arbitration and Conciliation (Amendment) Ordinance, 2020 to amend the Arbitration and Conciliation Act, 1996. The provision will come into effect retrospectively from October 23, 2015.
ii.The amendment will be made in Section 36 (3) of the Arbitration and Conciliation Act retrospectively from October 23, 2015 in order to address concerns raised by stakeholders. It should be noted that Section 36 deals with the enforcement of arbitral awards.
iii.Aim: To enable all stakeholder parties to seek an unconditional stay (temporary suspension or halting of a legal process or procedure) on enforcement of arbitral awards where the arbitration agreement is induced by fraud or corruption.
What is Arbitration?
Arbitration is a form of alternative dispute resolution (ADR) where two parties make their arguments to an arbitrator instead of litigating the matter in court.
What is an Arbitration Award?
An arbitration award refers to the decision of an arbitrator.
<<Read Full News>> 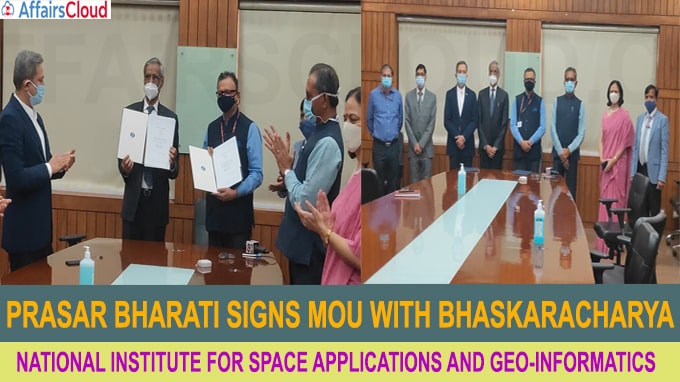 On 4th November 2020, Prasar Bharati, the public broadcaster of India signed a Memorandum of Understanding(MoU) with Bhaskaracharya National Institute for Space Applications and Geo-Informatics(BISAG-N) of Gujarat under the Ministry of Electronics and Information Technology (MeitY) to enable 51 direct-to-home (DTH) Educational television(TV) channels to all DD Free Dish Viewers.
Aim:
This initiative aims to enable quality educational programmes to every household including the households in rural and remote areas.
Features:
i.The 51 channels comprises Swaym Prabha under the Ministry of Education (22 channels), e-Vidya for classes 1 to 12 of National Council of Educational Research and Training (NCERT) (12 channels), Vande Gujarat owned by Government of Gujarat (16 channels) and DigiShala under MeitY (1 channel) will be available for the viewers as DD co-branded channels.
ii.These services will be available at a free of cost for 24×7 for all the viewers.
iii.This is in line with the Government of India’s goal of providing “education to all”.
Swayam Prabha:
i.Swaym Prabha is a group of 34 DTH Channels that telecasts high quality education programmes for 24×7 using GSAT-15 satellite.
ii.It will provide new content for atleast 4hours every day which will be repeated for 5 more times a day.
iii.The channels are uplinked from BISAG-N, Gandhinagar, Gujarat.
DigiShala:
i.DigiShala is an educational TV channel for digital payments on Door Darshan (DD) Free dish.
ii.This imparts education related to the digital payment ecosystem, tools, benefits and processes and informs and educates the people about Digital India initiatives.
Vande Gujarat:
Vande Gujarat program of the government of Gujarat is an educational and geographical television channel.
E-Vidya:
i.The E-Vidya programme was launched to integrate the endeavors related to online education and to increase the multimode access to education.
ii.This programme includes initiatives like One Nation One Digital Platform, One Class One Channel, Online Programmes in Universities, Swayam MOOCS courses, etc. 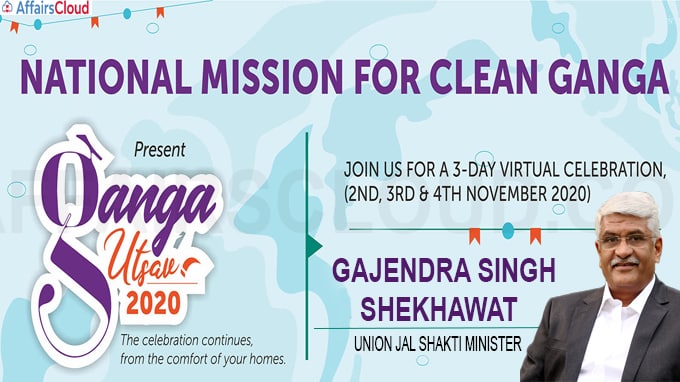 i.A three-day long Ganga Utsav 2020 from November 2-4, 2020 was virtually organized by National Mission for Clean Ganga (NMCG) amid COVID-19 to spread awareness about river Ganga and the need to keep the river clean and rejuvenated.
ii.The 2020 edition marks the 12th anniversary of Ganga being accorded the status of National River, on 4th November 2008.
iii.The event was attended by Union Minister Gajendra Singh Shekhawat, Ministry of Jal Shakti. 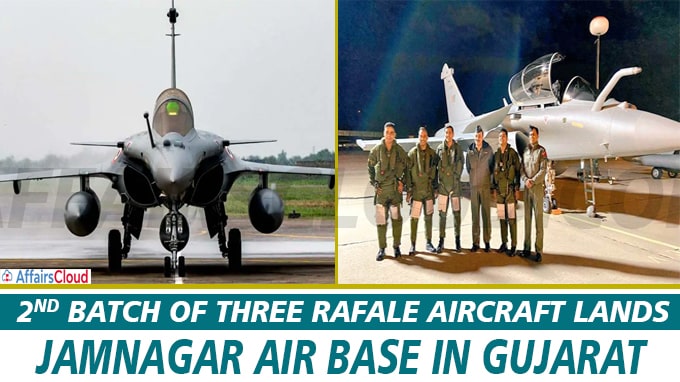 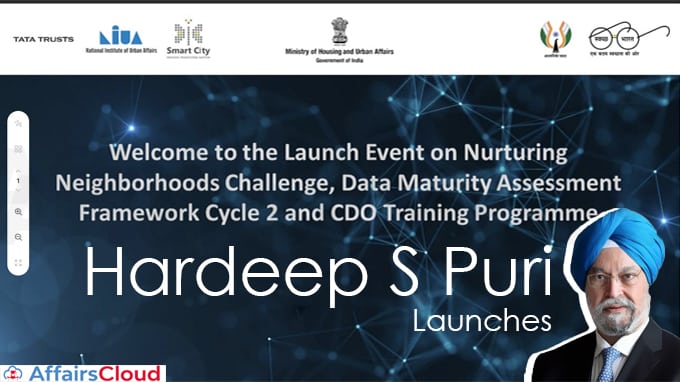 On 4th November 2020, NMDC Ltd under the Ministry of Steel, in association Indian Institute of Technology (IIT) Hyderabad launched NICE (NMDC Innovation and Incubation Centre) Program a deep technology startup support system at IIT Hyderabad. NICE Program is a joint initiative of NMDC and i-TIC Foundation, Technology Business Incubator(TBI) at IIT Hyderabad.
Aim:
To support deep-tech startups through incubation and fellowship support.
Objective:
To promote entrepreneurship and innovation in India.
To support the Startup India movement.
NICE Program:
i.NICE Program is a 5-year joint program to support 15 fellows and 15 startups through benefits like financial aid, mentoring support, co-working space and other infrastructures.
ii.This will act as a template for industry-academia collaboration to support the Startup India Initiative.
iii.The incubation period of each startup will be 2 years extendable by 6 months.
Benefits:
i.The total budget of the program – Rs.10 crore is funded by NMDC which will be used to support 5 startups every year with a financial aid of Rs.25 lakh to convert their concept into business.
ii.The program will also support 5 fellows every year with Rs.80000 stipends for 12 months to support sustenance and prototype development.
About NMDC Ltd:
Chairman-Cum-Managing Director (CMD) – Sumit Deb
Headquarter – Hyderabad, Telangana On November 4, 2020 the United States (US) became the first country to formally exit the Paris Climate Agreement. The formal exit from the agreement happened over a period of three years, after President Donald Trump declared pull-out from the climate accord in June 2017.
Impact of US Exit:
i.US is the second largest emitter of Greenhouse gases in the world (1st – China), accounting for a total of 25 percent of global greenhouse gas emissions.
ii.US had promised to reduce its emissions by 26 percent to 28 percent by the year 2025 from 2005 levels.
About United Nations Framework Convention on Climate Change (UNFCCC):
Executive Secretary – Patricia Espinosa
Headquarters – Bonn, Germany
<<Read Full News>> 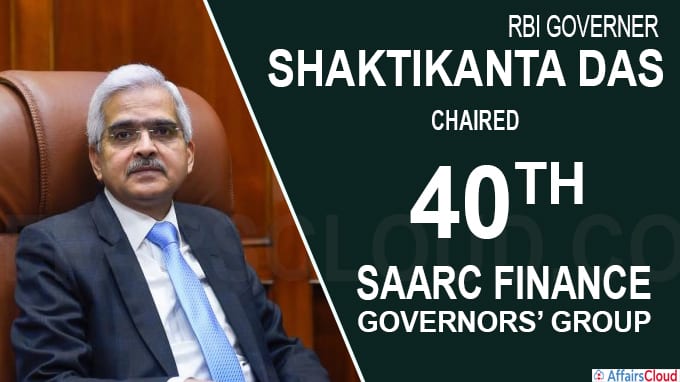 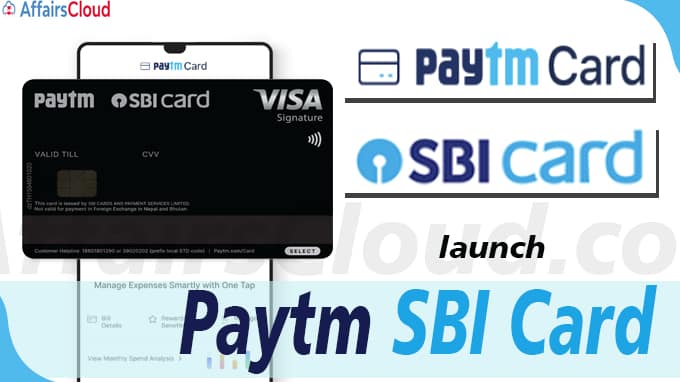 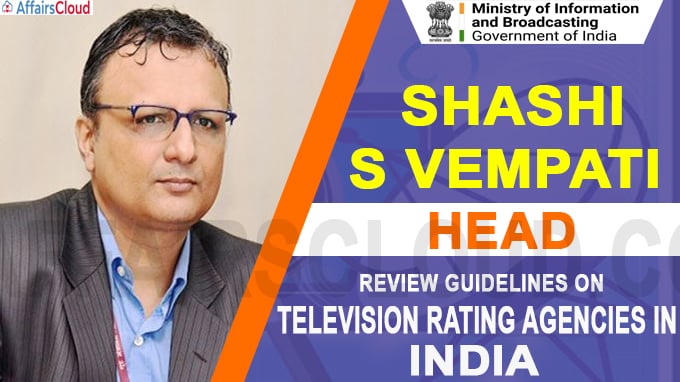 i.On November 4, 2020 The Ministry of Information and Broadcasting(MIB) constituted a 4 member committee to review “Guidelines on Television Rating Agencies in India” notified by the ministry in 2014.
ii.The committee is headed by Shashi S. Vempati, CEO(Chief Executive Officer) of Prasar Bharti.
iii.Purpose of the committee- The committee will examine and study different aspects of the television rating system in India and will notify the changes if required.
About Ministry of Information and Broadcasting(MIB):
Cabinet Minister-Prakash Javadekar(Constituency- Rajya Sabha, Maharashtra)
<<Read Full News>> 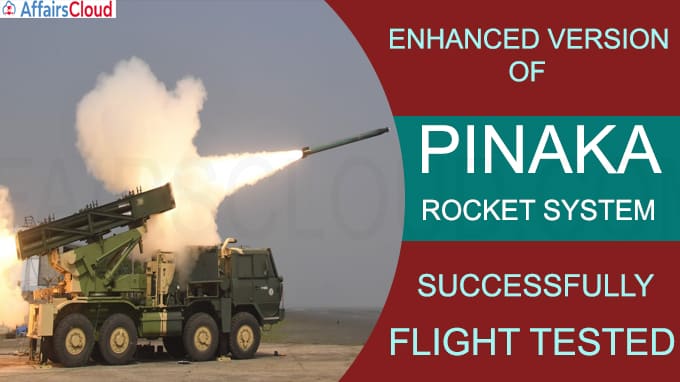 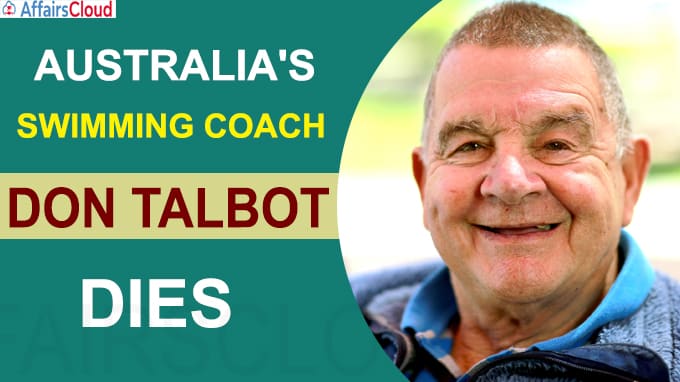 On 3rd November 2020, Don Talbot, one of Australia’s greatest swimming coaches and former head coach of Olympic Swimming team of Australia and Canada passed away at the age of 87 in Queensland, Australia. He was born on 23rd August 1933 in New South Wales, Australia.
About Don Talbot:
i.Don Talbot started his career as a coach in the 1950s and worked with John Konards, multiple world record holder who won the gold in 1500-meter freestyle in 1960 Rome Olympics.
ii.He served as the coach of the Olympic teams of Australia from 1964 to 72 and also worked with Canada and the United States of America(USA).
iii.During his stint as the head coach of Australia swim team, Australia secured 2nd in the Pool in 2000 Sydney Olympic Games with 5 gold, 9 silver and 4 bronze medals and topped the gold medal standing in the World Championship 2001 held in Fukuoka, Japan.
Awards & Honours:
i.He was made an Officer of the Order of the British Empire (OBE) in 1981 for his service to sport.
ii.He was inducted in the Sport Australia Hall of Fame in 1990.
iii.He was named an Officer of the Order of Australia(AO) in 2007. 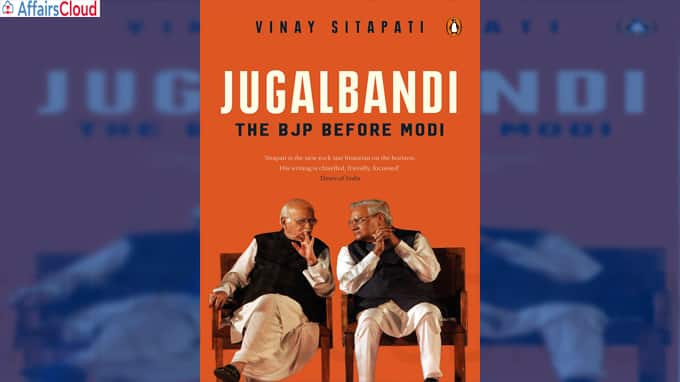 Vinay Sitapati, a political scientist, lawyer and a journalist authored his 2nd book titled “Jugalbandi: The BJP Before Modi”. The book documents about the partnership between Atal Bihari Vajpayee and Lal Krishna Advani, The founding leaders of Bharatiya Janata Party (BJP).
The book will be published by Penguin’s Viking (Viking Books is an imprint of Penguin General) and it is set to be released in November 2020.
About the book:
i.The book is based on private papers, party documents, newspapers and more than 200 interviews which claims to be the “most authoritative account” of the BJP.
ii.The book explains about Modi and the dominance of BJP in Indian Politics.
iii.This portrays the creation of Rashtriya Swayamsevak Sangh (RSS), Jana Sang and BJP and the partnership between Atal Bihari Vajpayee and Lal Krishna Advani, the founding leaders of BJP.
iv.The book portrays the creation of Hindu nationalism in the 1920s as a response to British-induced elections, the formation of the BJP in 1980 and ends with the first national government of BJP from 1998 to 2004.
v.The book will be translated into Hindi, Telugu and Marathi.
About Vinay Sitapati:
i.Vinay Sitapati is currently working as the Head of the Department of Political Science and Assistant Professor of Political Science and Legal Studies at the Ashoka University, Sonepat Haryana.
ii.His debut book “Half-Lion: How P V Narasimha Rao Transformed India”, the biography of PV Narasimha Rao, the former Prime Minister of India was recognised as “Book of the Year 2016” by The Economist magazine. According to a recent study published in The Planetary Science Journal, Asteroid ‘16 Psyche’ which orbits between Mars and Jupiter is believed to be made up almost entirely of iron, nickel and other rare materials like gold, platinum, cobalt, iridium and rhenium. It is worth an estimated $10, 000 Quadrillion which is more than the entire economy of Earth. It was discovered on March 17, 1853 by Italian astronomer Annibale de Gasparis and named after Greek goddess of Soul, Psyche.   Researchers at the Southwest Research Institute (Texas, United States) observed the asteroid through the Hubble Space Telescope.

On November 3, 2020 Airports Authority of India (AAI) stated that Rupsi Airport at Kokrajhar district, Assam is ready to start commercial operation under the Regional Connectivity Scheme(RCS) by January 2021. It is Assam’s 7th airport and Northeast’s 14th airport. It is a British-era airport that was originally constructed during World War-II to supply arms, manpower and ammunition to the Allied forces. The flight operations came to a halt in the 1980s. At an estimated cost of  Rs 69 crore it has been re-developed.

On November 2, 2020, Airports Authority of India (AAI) handed over the Lucknow Airport (Uttar Pradesh) to Adani Group on lease for a period of 50 years. AAI had signed concession agreements with Adani Group on February 14, 2020 for operations management and development of Mangalore, Lucknow and Ahmedabad Airports. In February, 2019, the Central Government privatized six major airports of the country – Lucknow, Ahmedabad, Jaipur, Mangalore, Thiruvananthapuram and Guwahati. Adani won the rights to run all airports for 50 years.