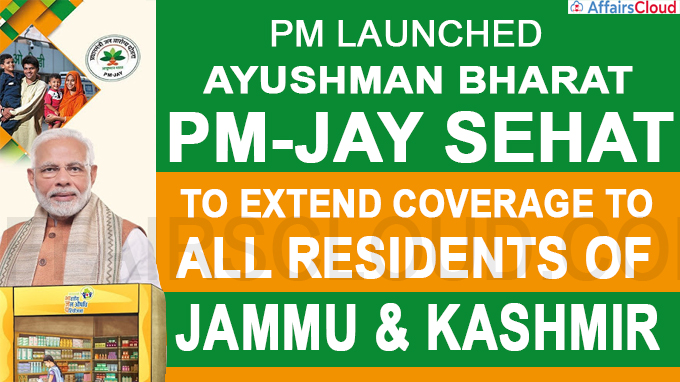 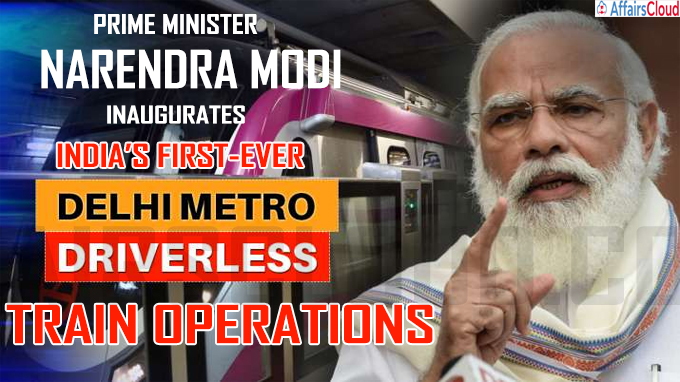 The Centralised ‘Investment Clearance Cell’  announced by Government of India as part of the Single Window System is set to become operational by April 15, 2021. The Main objective of the Cell is to act as a one-stop digital platform to obtain central and state clearances/approvals required to start business operations in India.
i.The cell will eliminate the need for investors to visit multiple platforms or offices physically for obtaining clearances & gathering information.
iii.The portal will integrate the existing clearance systems of different Central Ministries/Departments & State Governments without any disturbance to the existing portals.
iv.The cell will  also provide information related to land banks.
Single Window System:
i.It is being developed by the Ministry of Commerce & Industry and was announced by Union Minister for Finance, Nirmala Sitharaman during Budget Announcement of 2020-21.
ii.The Main objective behind this system is to improve the Ease of doing Business in India.
About Ministry of Commerce & Industry:
Union Minister – Piyush Goyal
Minister of State – Hardeep Singh Puri, Som Parkash
<<Read Full News>> 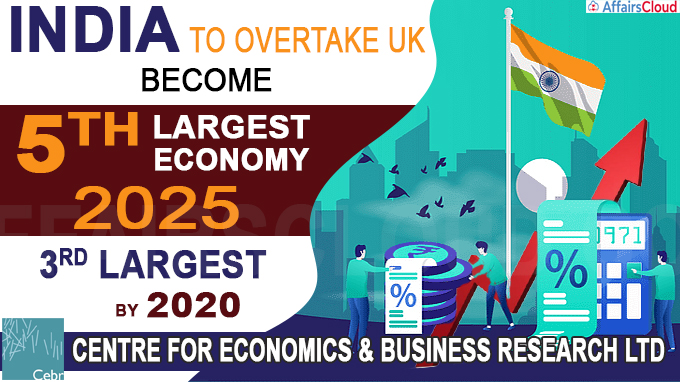 According to the 12th edition of World Economic League Table 2021 (WELT) an Annual Report released by Centre for Economics & Business Research Ltd (CEBR), India slumped 1 spot to 6th Largest Economy (out of 193 countries) in the world in 2020 from 5th in 2019 due to the impact of COVID19. The United States (US) topped the 2020 rankings  followed by China & Japan.
i.India overtook the United Kingdom (UK) to become the 5th Largest economy in 2019 rankings.
ii.The report stated that India will become 5th Largest Economy by 2025 & 3rd Largest by 2030.
iii.CEBR has forecasted that Indian Economy will expand by 9% in 2021 & 7% in 2022.
iv.China will replace the US as the World’s Largest Economy by 2028.
League Table by 2020 Rankings: 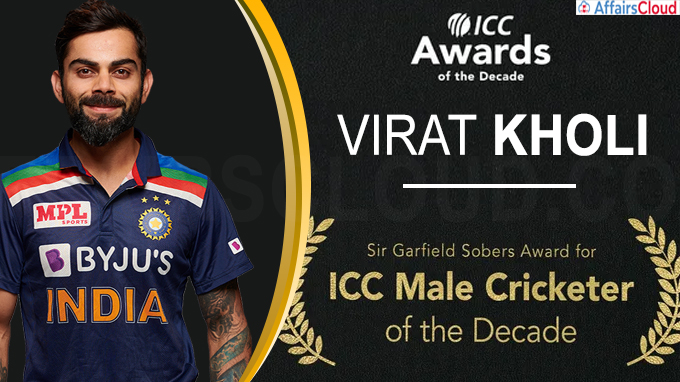 Dr Hemant Kumar Pandey has been conferred with ‘Scientist of the Year Award-2018’ by Defence Research & Development Organization (DRDO) for his contributions towards developing herbal medicines which includes ‘Lukoskin’ a drug for treatment of leucoderma. Pandey has been undertaking research at DRDO’s Defence Institute of Bio-Energy Research (DIBER) at Pithoragarh in Uttarakhand for 25 years. 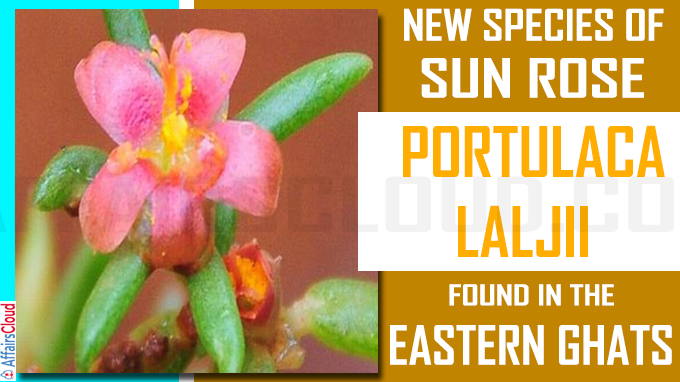 Botanists have discovered a new species of wild Sun Rose, ‘Portulaca laljii’ from  Eastern Ghats(Prakasam District, Andhra Pradesh) in India. The new species is from genus Portulaca (Family -Portulacaceae). The species is named after Lal Ji Singh, an eminent botanist of the Botanical Survey of India associated with the Andaman and Nicobar Centre of the Botanical Survey of India to honour his contributions.

Important Info
i.The discovery has been published in the  Journal of Asia Pacific Biodiversity in an article titled “A new species of the genus Portulaca L. (Portulacaceae) from the Eastern Ghats, India”.
ii.Only little information is available about the population of the species, considering this, this species  has been  placed under the ‘Data Deficient’ category of the International Union for Conservation of Nature(IUCN) List of Threatened Species.
About Portulaca laljii:
i.It has morphological features like tuberous root, no hair in its leaf axils, a reddish pink flower(at about 0.5mm), prolate-shaped fruits, and copper brown seeds without lustre, that distinguish the species from other species of genus Portulaca.
ii.Flowering and Fruiting will be seen during July- February.
Note
The species were 1st spotted in April 2018. The explorations were undertaken in the Prakasam district during April 2018 to February 2020.
About Plants Belonging to Genus Portulaca
i.The plants who belong to genus Portulaca are classified in  Sun Rose category as they flower in bright sunshine.
ii.These plants show various degrees of juiciness in their vegetative parts like roots, stems and leaves.
iii.Earlier studies on genus Portulaca in India have revealed the existence  of eight species. 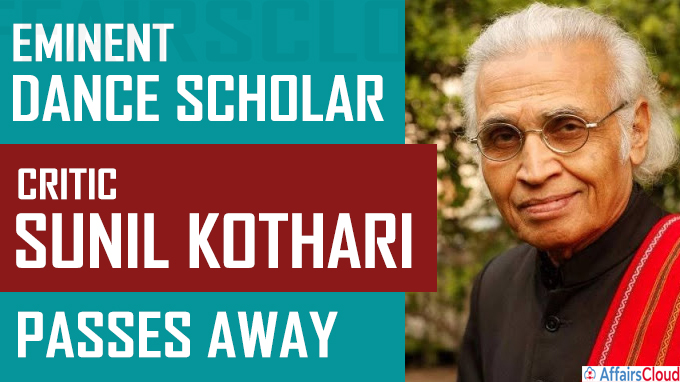 On December 27, 2020 Padma Shri Sunil Kothari, an eminent and noted Indian dance historian, scholar and critic passed away at the age of 87 at a Delhi hospital. He was born on 20th December 1933 in Mumbai, Maharashtra.
About Sunil Kothari:
General Info
i.He was a Chartered Accountant(CA) by profession and also taught accountancy in Sydenham College, Mumbai Maharashtra before turning into dance studies.
ii.He held the Uday Shankar Chair in Rabindra Bharati University, and taught in the Dance Department of New York University as a Fulbright Professor.
iii.He was a dance critic of the Times of India group of publications for 40 years.
Vital Role
He played a significant role in establishing the School of Arts and Aesthetics at the Jawaharlal Nehru University and mentored many art scholars.
Books Authored
He has authored many books including, Bharata Natyam: Indian Classical Dance Art
Odissi: Indian Classical Dance Art,Rasa: The Indian Performing Arts in the Last 25 Years among others.
Awards & Honours
i.He received many awards including, Padma Shri award in 2001 for Art, Sangeet Natak Akademi award in 1995, the Life Time Achievement Award of the Dance Critics Association, New York, USA (2011)
ii.He has also received many honours including Doctor of Letters (DLitt) by the Rabindra Bharti University for his research on dance sculptures in the medieval temples of north Gujarat among others. 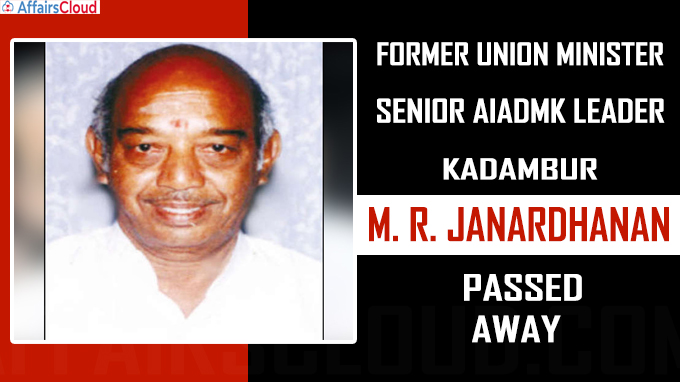 On December 26, 2020 Kadambur  M. R. Janardhanan, former union minister and  senior  All India Anna Dravida Munnetra Kazhagam (AIADMK) leader passed away at the age of 91 in a  private hospital in Thoothukudi(formerly Tuticorin), TamilNadu due to age-related ailments. He was born in Kadambur, Thoothukudi district on October 22, 1929.

About Kadambur  M. R. Janardhanan
i.He served as the union Minister of State, Ministry of Personnel, Public Grievances and Pensions with additional Charge of minister of State for Finance (Revenue, Banking and Insurance) in the second Vajpayee Ministry from 1998 to 1999.
ii.He was a farmer and was involved in agro-based business. He was a short story writer. 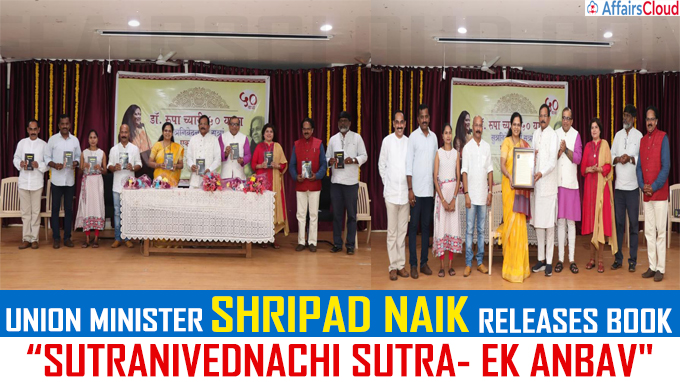 On December 26, 2020 Shripad Naik, Union Minister of state (I/C) for AYUSH(Ayurveda, Yoga and Naturopathy, Unani, Siddha and Homeopathy) and Minister of State for Defence released a Konkani book titled ‘Sutranivednachi sutra- ek anbav’. This book is authored by Dr Roopa Chari and published by Sanjana Publications.
About the Book:
The book is about compering, that will help youngsters who aspire to make a career in this field.
Note
As Compere is a link between the audience and the speaker, he/she should be attentive with proper study.
About Dr. Roopa Chari:
i.She is a popular personality in the field of Compering in Goa.
ii.She has represented Goa on national level at Delhi and has also done programmes in Indonesia.
Facts About Konkani language
i.It is an Indo-Aryan language spoken by the Konkani people, mainly along the western coastal region (Konkan) of India.
ii.It is one of the 22 Scheduled languages mentioned in the 8th schedule of the Indian Constitution and is the official language of the Indian state of Goa. 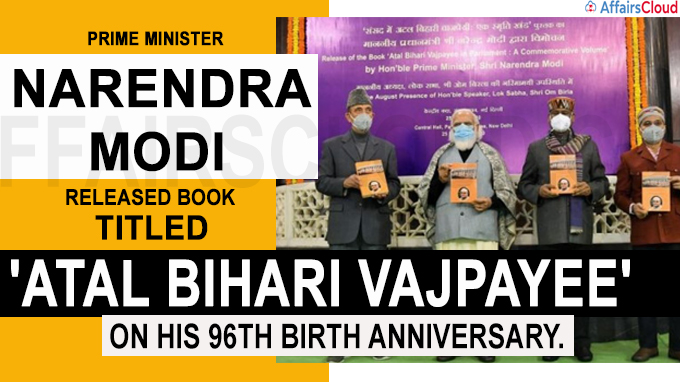 About the Book:
i.The book highlights the life and contributions of the former Prime Minister Bharat Ratna Atal Bihari Vajpayee.
ii.The book features his notable speeches delivered at the parliament and some of his rare photographs from his public life.
Other Book on Atal Bihari Vajpayee:
i.On 25th December 2020, “Vajpayee: The Years that Changed India” the new book authored by Shakti Sinha who worked with Vajpayee as the secretary to the leader of the Opposition (1996-97) and as his private secretary (1998-99) was released.
ii.The book published by Penguin Random House India narrates the political philosophy of Vajpayee and provides the insights of his thoughts and how he worked.
iii.The book of 10 chapters portrays the struggles and difficulties faced by him during his term as PM of India.
About Atal Bihari Vajpayee:
i.Atal Bihari Vajpyee was born on 25th December 1924 in Gwalior, Madhya Pradesh.
ii.He served 3 terms as the PM of India: 13 days in 1996, 13 months from 1998 to 1999 and full term from 1999 to 2004.
Awards:
i.He received the Pandit Govind Ballabh Pant Award for Best Parliamentarian in 1994.
ii.He was honoured with the Padma Vibhushan, India’s 2nd highest civilian award in 1992.
iii.He also received the Bharat Ratna, India’s Highest Civilian Award in 2015. 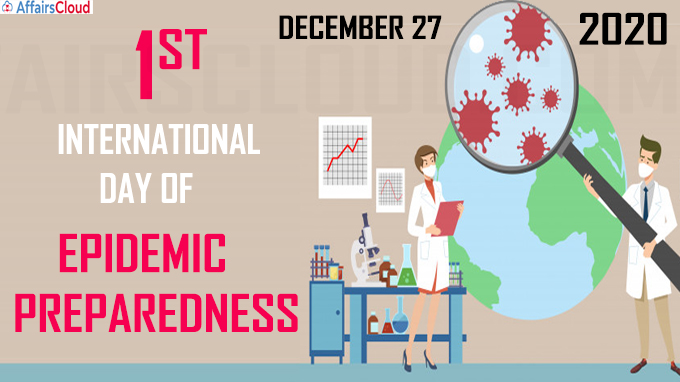