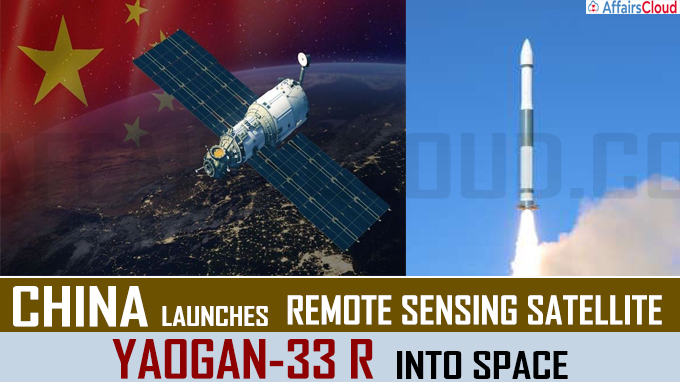 On December 27, 2020 China successfully launched ‘Yaogan 33R’,  a new remote sensing satellite from Jiuquan Satellite Launch Centre in northwest China into space. The satellite was sent into orbit by a Long March-4C(Y35) rocket.

Purpose of the Satellite

These 2 satellites will be used for scientific experiments, land resources survey, crop yield estimation and disaster prevention and reduction.

Both the satellites are the final satellites to be orbited by China in 2020 and also the last satellites on China’s 13th Five-Year Plan.

It is a series of Earth observation satellites launched by China since 2006.

Yaogan-29 is the  first satellite of this second generation SAR, that was launched on November 26, 2015.

China has successfully launched the world’s first 6G satellite named “UESTC” satellite (Star Era-12)” into orbit with an aim to test communications from space using high-frequency terahertz (THz) spectrum. It was one of the 13 satellites aboard the Long March-6 rocket, which launched on November 6, 2020 at the Taiyuan Satellite Launch Centre in Shanxi province of China.