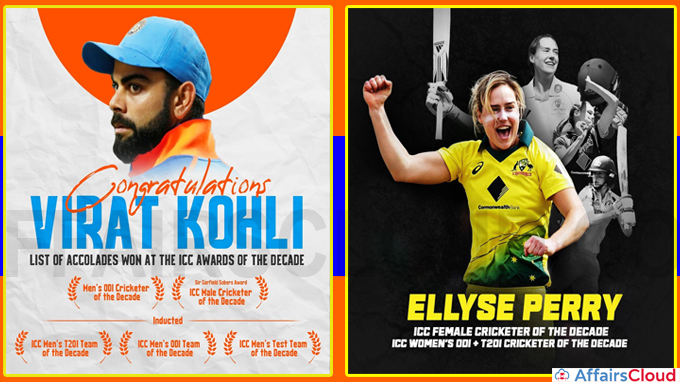 ii.MS Dhoni(India) won the ICC Spirit of Cricket Award of the Decade for calling back former England batter Ian Bell after a disputable runout at Trent Bridge Cricket ground, Nottinghamshire, England in 2011.

i.This is the 1st time fans were allowed to vote for the ICC Awards of the Decade.

i.ICC Awards of the Decade show was hosted by Alan Wilkins, a Welsh cricket commentator and former English county cricketer.

ICC Team of the Decade Awards: 11 member ICC Men’s Test Team of the Decade award was conferred to the Test Team headed by Virat Kohli(India). Ravichandran Ashwin of India was also named in the team. Kumar Sangakkara (Sri Lanka) selected as the wicket-keeper..

In Both the formats MS Dhoni(India) was named as the Captain and Wicketkeeper, while Indian Players Virat Kohli and Rohit Sharma were named as players.

Along with others, Jasprit Bumrah of India was named as the player in ICC Men’s T20I Team of The Decade 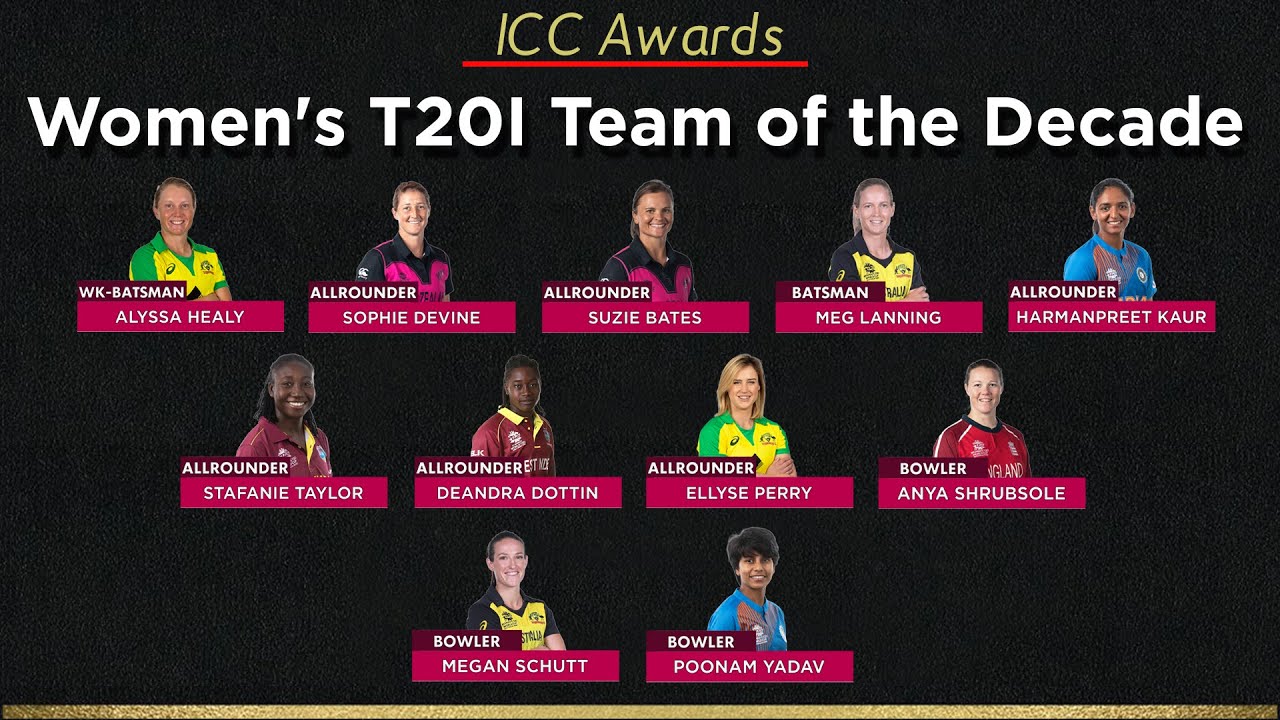 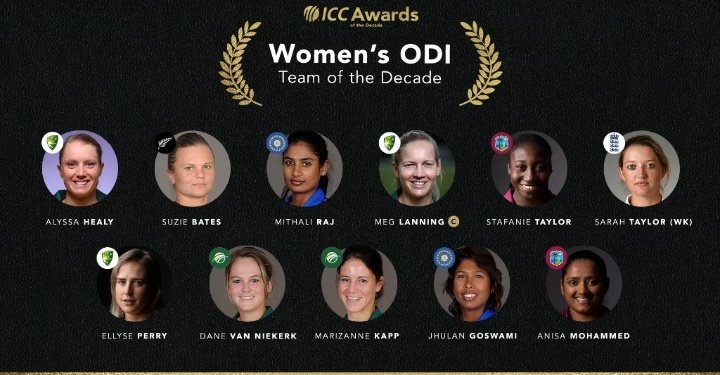 Meg Lanning(Australia) was selected as the captain of the Women’s ODI Team of the Decade, with Sarah Taylor(England) selected as the wicket-keeper.Mithali raj and  Jhulan Goswami of India were named as players.

Winners of the Award will Receive the Following:

i.A unique artwork created in a collaboration between the ICC, Mumbai-based studio Kulture Shop and Indian artist Pratap Chalke, will be given to the individual award winners.

iii.The other individual award winners will receive a limited-edition canvas painting that captures their unique passion and spirit.

About ICC Awards of The Decade:

It recognises the best players across Cricket over the past 10 years. It is a one-off edition of the annual awards programme.