UP Govt approved a policy for senior citizens recently under which it will establish old age homes for them. The Govt has also declared to raise monthly pension from Rs. 300 to Rs. 400.

Edugild, India’s first education technology accelerator has been set up by Maharashtra Institute of Technology at Pune. It will focus only on the education sector. The CEO of the Eduglid programme is Rishi Kapal.

Jammu & Kashmir adopts new industrial policy to attract an investment of Rs.2000 crores every year. The policy will hold good for 10 years.

In a move to strengthen the laws against discrimination the Maharashtra government passed the prohibition of social Boycott bill in its state assembly. 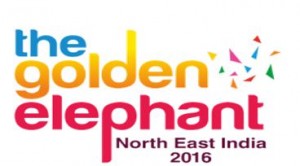 The International Children’s Film Festival for the North East Region began in Gangtok.The Festival named, “The Golden Elephant” has been organised by the Children’s Film Society of India, in association with the Sikkim Government’s Culture and Heritage and Human Resources Development Departments.

The Ministry of Tourism, Government of India signed a MOU with the Ecotourism Society of India (ESOI) to take its commitments to Responsible and Sustainable tourism.

China to set up an International Maritime Judicial Centre

China’s Supreme Court is setting up its own international maritime “judicial centre” to handle territorial disputes. China has been consistently fighting with its neighbours in Maritime borders in South China Sea.

In a move to support the education of girls across the world, UNESCO has joined hands with CJ Welfare to start an animation program named Rainbow Ruby.

ICICI Bank Ties up with Ferrari for co-branded Credit Card

Kotak Mahindra Bank Group has signed an agreement up with Canadian Pension Plan Investment Board (CPPIB) to launch a $525 million fund to invest in the stressed asset market in India. The Canadian pension fund manager will have the option to invest up to $450 million in this partnership

Mumbai based Glenmark Pharmaceuticals Inchas received in principal approval from the US Food and Drug Administrator to manufacture and market therapeutical equivalent of Endo Pharmaceutical’s Frova tablets, used to treat migraine headaches, in America.

Government has banned the manufacture and sale of more than 300 combination medicines, including two widely used cough syrups, and Vicks Action 500 being sold without government approval. 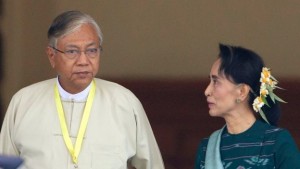 It must be a historical moment for Myanmar as its selects its first Civilian President, Htin Kyaw, in fifty years of military rule. He is a close ally of Aung Sang Suu Kyi, who became victorious in the last national elections. However, she herself cannot hold the constitutional post.

Europe and Russia launched Exo-Mars to explore the Red Planet

Europe and Russia launched an unmanned spacecraft, named ExoMars 2016, to explore if life once existed on the Red Planet or still possibilities are there for existence.

The new Secretariat in Haryana has become the only building in India to have an Earthquake Warning System installed onsite.

Wikimedia Sweden has partnered with the KTH Royal Institute of Technology in Sweden to develop the crowd-sourced speech engine in order to make more accessible to the visually impaired users.

In the 20th edition of the India’s most prestigious corporate Golf tournament Delhi emerged as a winner by defeating Mumbai to lift the 20th Lloyd Business Today Pro-Am of Champions golf tournament. 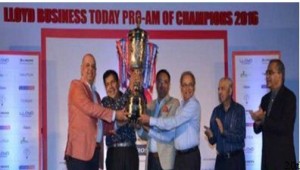 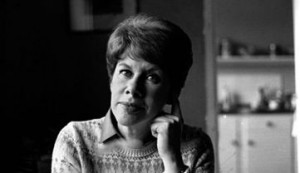 World Consumer Day is celebrated across the World on 15th March 2016. The Day is an occasion of solidarity among consumers and to promote the basic rights of all consumers, for demanding that those rights are respected and protected, and for protesting the market abuses and social injustices which undermine them.