In a move to support the education of girls across the world, UNESCO has joined hands with CJ Welfare to start an animation program named Rainbow Ruby. 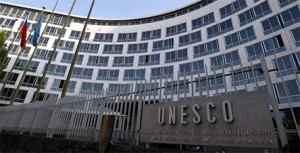 Rainbow Ruby is a six-year old girl named Ruby as she transports to Rainbow Village where her toys come alive. Throughout the series Ruby experiences different professions, introducing preschool girls to the concept of a dream job, letting them imagine how their jobs can improve their lives in the future