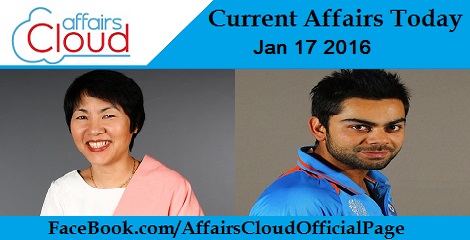 World’s largest Tricolour to be hoisted in Ranchi

Jharkhand is all set to beat a record held by a flag in Faridabad, Haryana in March 2015 by getting the world’s largest Tricolour flying atop the country’s tallest flagpole at the Pahari temple in Ranchi. 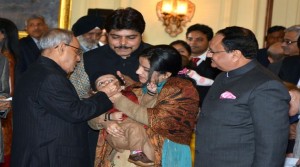 The President of India Shri Pranab Mukherjee launched the Pulse Polio programme for 2016 by administering polio drops to children less than five years old, at the Rashtrapati Bhawan.

Government of India has introduced the injectable Inactivated Polio Vaccine (IPV) into its routine immunization program along with oral polio vaccine from 30 November 2015.

Due to the slow progress in execution of reform policies, United Nations has reduced its GDP growth forecast for India for 2016 to 7.5% from 8.2%.

The report noted that the internet, mobile phones and other digital technologies are accelerating its speed throughout the developing world but digital dividends of higher growth, more jobs and better public services have fallen short of expectations.

The banks will “shortly” issue the second tranche of sovereign gold bonds. Reserve Bank had launched the first tranche of gold bond scheme in November. The subscription was for 915.95 kg amounting to Rs. 246 crore.

The gold bonds are issued in denominations of 5 grams, 10 grams, 50 grams and 100 grams for a term of five years to seven years with a rate of interest to be calculated on the value of the metal at the time of investment.

World Bank to be anchor investor in Rail Development Fund

Union Minister Suresh Prabhu has announced that World Bank would be the anchor investor in the new Railway Development Fund, which would be used to fund modernization of Indian railways.

Suresh Prabhu is in Washington DC to attend a World Bank meeting on transportation. During his meeting with US Transportation Secretary Anthony Renard Foxx the two leaders decided to create an umbrella agreement with the Department of Transportation about transportation sector in general.

The World Bank is extending an assistance of USD 20 million to help reconstruct the Indira Gandhi Zoological Park (IGZP), which got devastated during cyclone Hudhud.

The Vizag zoo situated on the northern limit of the Visakhapatnam houses 170 different species of animals on its 250-hectare campus. According to the Andhra Pradesh government, Hudhud affected about 9.2 million people in over 7,285 villages in 4 coastal districts of the state.

Flipkart, M&M in tie-up for online bookings of KUV100

Mahindra & Mahindra Ltd has entered into an arrangement with Flipkart for online booking of Mahindra KUV100.This is the first time that Mahindra has developed a petrol engine on its own. KUV100 will compete with Maruti’s Swift and DZire and Hyundai’s i10 Grand.

The Foreign Investment Promotion Board (FIPB) is a national agency of Government of India, with the remit to consider and recommend foreign direct investment (FDI) which does not come under the automatic route. It provides a single window clearance for proposals on FDI in India.

State-run HPCL has received the environmental clearance to expand its refinery at Visakhapatnam in Andhra Pradesh from 8.33 million tonne per annum to 15.0 MTPA.

Hindustan Petroleum Corporation Limited (HPCL) is an Indian state-owned oil and natural gas company with its headquarters at Mumbai, Maharashtra and with Navratna status. HPCL has been ranked 260th in the Fortune Global 500 rankings of the world’s biggest corporations (2013) and 4th among India’s Companies for the year 2012.

The DSC Prize for South Asian Literature 2016 has been conferred upon Anuradha Roy for her novel Sleeping on Jupiter at the Fairway Galle Literary Festival in Sri Lanka.

The 61st Britannia Filmfare Awards 2015 were recently held to honor the best films of 2015 from the Hindi-language film industry in Mumbai.

Dr Jancy James, the first woman Vice Chancellor of Kerala selected for the Prof MV Pylee Award for the Distinguished Academician of India.

About Prof MV Pylee Award: The award was instituted by Cochin University of Science and Technology in the name of MV Pylee. He is an Indian scholar, educationist and management guru and widely regarded as the father of management education in Kerala. 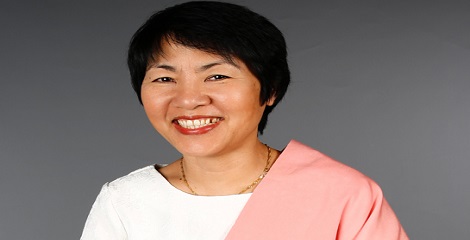 Easterine Kire, poet, novelist and children’s writer from Nagaland, won The Hindu Prize, 2015, for her novel When the River Sleeps, a book about a lone hunter seeking a faraway river, to take from it a stone that will give him untold powers.

The award consists of a citation and a cash prize of Rs. 5 lakh. It was given away by author Alexander McCall Smith at Lit for Life event organised by The Hindu at Sir Mutha Venkatasubba Rao Concert Hall, Chetpet, Chennai.

Director Joshua Oppenheimer’s “The Look of Silence“, based on the examination of the Indonesian genocide of the 1960s has won the Top Documentary Award at the 9th Annual Cinema Eye Honours.

HSBC has appointed Ravi Menon as the chief executive of its asset management arm in the country, after the elevation of Puneet Chaddha as business head for South East Asia.Menon’s appointment is effective from February 1

About Ravi Menon :
Menon joined the group in 1998.Currently serves as the head of strategy and planning for HSBC India and was appointed as a director on the board of HSBC Asset Management India last year.

HSBC Bank plc is one of the largest banking and financial services organisations in the world. HSBC’s international network comprises around 7,500 offices in over 80 countries.

China to land probe on dark side of moon in 2018

China has begun preparations for a new lunar mission in 2018 when it plans to send a probe to the dark side of the moon not explored by humans so far, in a bid to create a new landmark in space exploration.

The 27-year-old smashed six boundaries and a six to reach the record during the third ODI, Few days back, Virat Kohli will be presented with Polly Umrigar Award for BCCI cricketer of the year. 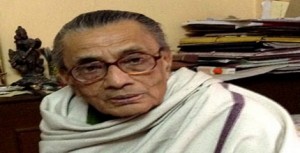 Veteran journalist Gopal Krishna Roy passed away at the age of 82.