“Laman Diva” is selected as “Make in India Week” logo

Maharashtra Chief Minister Devendra Fadnavis unveiled “Laman Diva” as the logo of the first Make in India (MII) Week scheduled to be held in Mumbai between February 13 and 18, which will be inaugurated by Prime Minister Narendra Modi.

Government has approved the set up of fifth Greenfield electronics manufacturing cluster in Raipur, Chattisgarh worth Rs.89 crore and the central government will provide Rs.43.07 crore, for manufacturing mobile phones, solar LEDs and consumer electronics products.

International Kite Festival began at Surat and Rajkot in Gujarat. Kite-flyers from 31 countries set to participate, which will travel across the state before concluding at the Sabaramati riverfront in Ahmedabad on January 14.

Ministry of Petroleum & Natural Gas has launched an Online Initiative to engage the LPG Consumers and Citizens of India. It is one of the many initiatives for observing 2016 as the Year of LPG Consumers.

Valuable suggestions/ comments are welcome and will be considered for improving the customer oriented services related to LPG Coverage & Delivery on the respective forums online.

Nepal has been elected to the United Nations Children’s Fund (UNICEF) executive board, representing the group of Asia-Pacific countries for the term 2016-2018.

Entrepreneur of the Year conferred upon Snapdeal’s Kunal Bahl

Co-founder and CEO of e-commerce giant Snapdeal Kunal Bahl has bagged the “Entrepreneur of the Year” Award, 2015 for his splendid business acumen.

EE British Academy Film Awards(BAFTA) has nominated He Named Me Malala, a documentary on Malala Yousafzai(18) in the upcoming awards Documentary category for 2016.

About Film: It is an intimate portrait of Malala Yousafzai who is the passionate Pakistani advocate of girls’ education who who was targeted by the Taliban and severely wounded by a gunshot when returning home on her school bus in Swat Valley in 2012 and shows how Malala, her father Ziauddin, and her family are committed to fighting for education for all girls worldwide.

Other nominations by BAFTAs: Amy, Cartel Land, Listen to Me and Sherpa.

Bhanumurthy is the new COO of Wipro

After the appointment of Abidali Neemuchwala as CEO of India’s third largest IT services provider, Wipro has appointed Bhanumurthy B. M. as the President and Chief Operating Officer and also appointed another senior leader G. K. Prasanna as the head of a newly formed created unit, Marketing, Innovations and Technology (MIT). 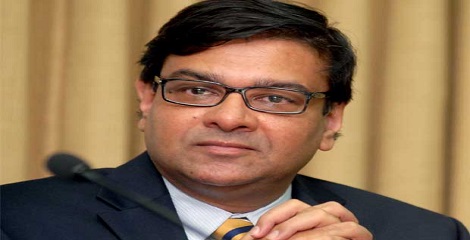 Government has re-appointed Urjit Patel as the deputy governor of Reserve Bank of India for a three-year term. Patel is a doctorate from Yale University, also had a stint at IMF.

Sailesh appointed as The Registrar General and Census Commissioner of India

Sailesh is a 1985 batch IAS officer of Assam-Meghalaya cadre. Prior to this appointment he was serving as Additional Secretary in the Union Home Ministry.

About Registrar General and Census Commissioner of India:

The post of the RGCC of India is usually held by a civil servant holding the rank of Joint Secretary to Government of India.

An international team of scientists led by an Indian-American professor has discovered a new method that may help in detecting dwarf galaxies dominated by dark matter and explain ripples in the outer disk of the galaxy.

Ms. Chakrabarti’s team used spectroscopic observations to calculate the speed of the three Cepheid variables stars used as yardsticks to measure distance in galaxies in the Norma constellation.

Last year, the US space agency and the automaker Nissan announced a five-year partnership to build self-driving, zero-emission autonomous cars for earth- and eventually space.

World No. 1 Novak Djokovic defeated his rival Rafael Nadal by 6-1, 6-2 to win the Qatar Open title. Nick Kyrgios secured the Hopman Cup for Australia Green by beating Alexandr Dolgopolov 6-3 6-4 to give his team a 2-0 victory over Ukraine in Perth.

The Hopman Cup 2016 was the 28th edition of the Hopman Cup tournament between nations in men’s and women’s tennis. It took place at the Perth Arena in Perth, Australia. Former world number one Victoria Azarenka won her first title since 2013 by beating Angelique Kerber in the Brisbane International final. 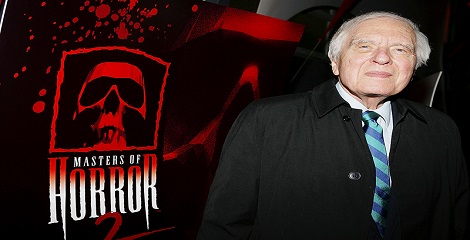 Angus Scrimm, the character actor who played the Tall Man in the 1979 horror movie “Phantasm” and its four sequels, died at the age of 89.

The first “Phantasm” film was recently restored with J.J. Abrams, a longtime fan of the series, overseeing the restoration which will be released later this year.

Shatrughan’s biography “Anything But Khamosh” releases

“Anything But Khamosh” Shatrughan Sinha’s biography released by BJP veteran LK Advani at New Delhi’s Claridges Hotel. It is one of the most honest biographies said author Bharthi S Pradhan, who has written the book based on personal interviews spread over seven years beginning November 2008.

Here are some lesser known facts about Hindi language: