World No. 1 Novak Djokovic defeated his rival Rafael Nadal by 6-1, 6-2 to win the Qatar Open title. 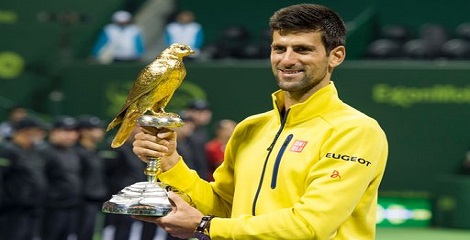 
About Qatar Open
The Qatar Open aka Qatar ExxonMobil Open is a professional tennis tournament played on outdoor hard courts. It is currently part of the ATP World Tour 250 series of the Association of Tennis Professionals (ATP) World Tour.

Novak Djokovic 2015 wins
From total of 15 single finals he won 11 titles which include 3 of the year’s four grand slams. In rest he stood 4 as runners-up.